By newsroom on May 9, 2018Comments Off on Creative Content Production Company CreativeDrive Acquires Zebra Worldwide 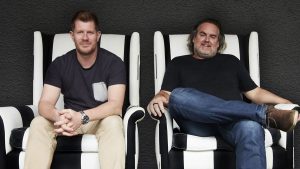 With the recent acquisition of PIA – an award winning top tier US-based motion and sound company, the company has a global world-class motion and sound offering that brings together brand awareness and commerce. The Zebra acquisition further solidifies CreativeDriveâ€™s position as the leader of independent creatively engaging content production and localisation.

CreativeDrive Global CEO Myles Peacock., said: â€œZebraâ€™s ability to deliver world class video and content production through their global teams and powerful localisation platform addresses brandsâ€™ insatiable need for content that is customised for specific regions and cultures. The entire Zebra Worldwide team is a natural fit to both our existing culture and our mission to continuously challenge the status quo by consistently producing high-quality content with unparalleled speed and scale.â€

â€œThe value we have created at Zebra over the last 13 years is rooted in the shared efforts, high standards and a premium on client service, as well as a desire to punch above our weight every day. To see that value realised through this acquisition is a proud moment, not only because it creates opportunity for our people but also the new depth of service it brings to clients. The move we are making into CreativeDrive is further disruption to the status quo in our industry,â€ saidÂ CreativeDrive EMEA CEO Luke Hammersley.

â€œWe are now consultants, content strategists, creatives and producers working as one company, at scale – changing the way marketers make content. Working as one unit with CreativeDrive weâ€™ve already taken several clients off traditional players and itâ€™s proving a powerful proposition.Â  Independent, with global reach, massive studios to work in and 1000+ fellow creative production experts. The brands we have spoken to are already excited as it further encourages them to think differently. We are pitching as content agency of record. Itâ€™s new and itâ€™s different.â€

Zebra were supported on the deal by accountants Kingston Smith – the same firm who managed the adam&eveDDB deal, led by Partner Ian Graham and Lawyers, Temple Bright, led by James Vickerman.