Disney is further stoking Star Wars hype ahead of the latest cinematic instalment of the science fiction franchise this December with the launch of an official iOS and Android app.

Designed primarily to keep die-hard fans abreast of all the latest news ahead of a release of the Force Awakens the app can be configured to deliver push alerts for breaking news to your phone or feature them in-app via a rolling ticker.

The mobile app will also allow fans to browse trivia and facts pertaining to the Star Wars universe as well as a wealth of bonus material such as exclusive interviews, lightsabre training and the option to capture a selfie with Princess Leia. 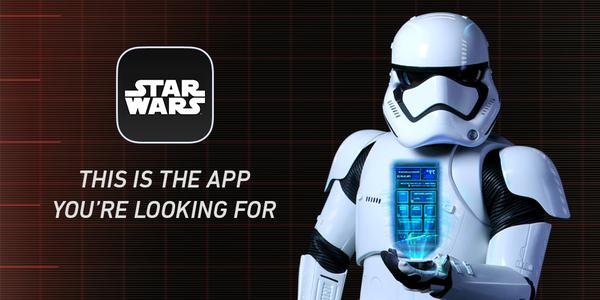