By newsroom on March 14, 2016Comments Off on Game of Thrones star James Cosmo imparts more wisdom for latest ads in Bank of Scotland “Decisions Well Made” campaign

Bank of Scotland is launching the latest iteration in its “Decisions Well Made” campaign starring Scottish actor, Highlander and Braveheart star, James Cosmo.

The new series of 10-second online and TV ads feature Cosmo, who is also famed for his appearance in Game of Thrones, reprising the role of a spirit guide, and offering sage advice and pearls of wisdom when it comes to the big decisions in life. 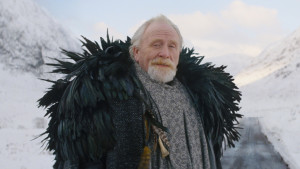 The ads, which will also run on VoD and across social media, are created by Rainey Kelly Campbell Roalfe/Y&R. They will run in Scotland from Monday.

Gareth Haggerty, Senior Manager, Bank of Scotland says, “James Cosmo continues his brilliant star turn for the latest in our ‘Decisions Well Made’ activity – a campaign which is as distinct as it is relevant, driving the greatest ad awareness we’ve ever seen.”

Jon Sharpe, CEO, RKCR/Y&R says, “With expert advice on some of life’s biggest decisions, and some smaller ones too, this campaign continues to demonstrate that Bank of Scotland is there to help customers make well-informed decisions. This is all about giving Bank of Scotland a clear and distinct purpose, and we’re proud to have been part of it.”

Game of Thrones star James Cosmo imparts more wisdom for latest ads in Bank of Scotland “Decisions Well Made” campaign added by newsroom on March 14, 2016
View all posts by newsroom →