By newsroom on January 21, 2013Comments Off on HTC split with Mother 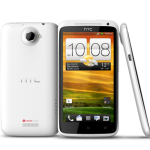 HTC’s contract with Mother had come to an end and the company has now moved its global advertising business in-house to be run out of its headquarters in Taiwan.

The company has been suffering financial woes lately, losing market share to rivals such as Samung. They recently admitted to not spending enough on marketing its products, leading to it recording a profit fall of over 90 per cent in its fourth quarter with just £21.47 million.