By newsroom on November 16, 2015Comments Off on Innocean’s Jeremy Craigen joins ADFEST 2016 as Grand Jury President 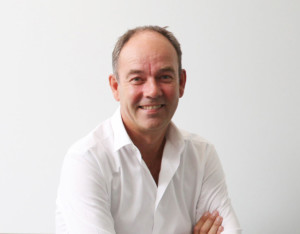 Craigen will oversee eight jury panels and 18 awards categories, and his creative leadership will play an important role in determining the winners of next year’s ADFEST Lotus Awards. He will also preside over the panel of 8 Jury Presidents judging the Integrated Lotus, INNOVA Lotus, Lotus Roots, and the Grande for Humanity.

“For so many years I’ve watched ADFEST from afar but now it’s a little closer to home, I can’t wait to get under the skin of it. I am incredibly proud to be Grand Jury President and I will be pushing for work that has a real cultural influence in the region rather than just a nod to awards jurors wherever they come from,” says Craigen.

Craigen landed his first job in advertising in 1984, soon joining BMP DDB in London (which later became adam&eveDDB) as a copywriter. In 2003, he was appointed Executive Creative Director of DDB London – a role he held for almost 10 years, during which time DDB UK twice ranked as the most awarded agency in the world, according to the Gunn Report.

His next challenge was as global executive creative director for Volkswagen at DDB. In 25 years at DDB, Craigen won countless awards for clients including Budweiser, Sony, American Airlines, Harvey Nichols, Optrex, and of course Volkswagen. He embarked on his latest role at Innocean Worldwide in June 2015.

Jimmy Lam, President of ADFEST, says: “Jeremy is a leader who understands that creativity is good for business. He has guided some of the world’s most successful brands, and we’re delighted he is now on board to guide next year’s jurors as Grand Jury President at ADFEST 2016.”

The 19th ADFEST will take place over four days from 16th to 19th March 2016 in Pattaya, Thailand, with the theme ‘Creative Intelligence’. Entries to the ADFEST 2016 Lotus Awards are now open.