By newsroom on February 1, 2018Comments Off on Kathrin Guethoff, Global Executive Creative Director Serviceplan, steps up to Creative Board 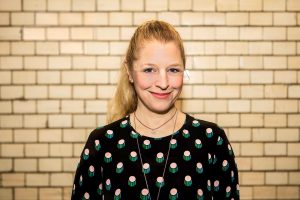 Serviceplan Group is happy to announce that Kathrin Guethoff, who was Serviceplan China’s Chief Creative Officer for four and a half years, has now joined its Creative Board. Guethoff will bring to the Creative Board 19 years of experience in the advertising industry in Europe and Asia, and award-winning creativity. She has won awards at the major industry festivals around the world including; Cannes Lions, ROI Festival, Spikes Asia Pacific, Epica and New York Festivals.

Kathrin Guethoff said of the appointment: “I am excited to be a member of the Creative Board, working with inspiring enthusiastic colleagues in this dedicated team, and to collaborate with our different agencies around the world. In our times of globalization, I consider it to be even more important to look beyond and see different perspectives of cultures, their diversity, insights and new developments, and the inspiration and positive facets that can come with it. Being based in China with years of experience of its culture and advertising scene, I hope to offer a different angle for the Serviceplan Group creatively. I am happy to be part of the global movement that Serviceplan has initiated.”

Schill commented: “I’m delighted to announce that Kathrin Guethoff has joined the Creative Board. Her track record of creative excellence and global outlook and skillset make her a perfect addition to the Creative Board, whose mantra is to inject creativity and an international outlook into the Group’s work across the globe.“

Kathrin Guethoff, Global Executive Creative Director Serviceplan, steps up to Creative Board added by newsroom on February 1, 2018
View all posts by newsroom →