By newsroom on March 31, 2016Comments Off on Mindshare Named Agency Network of the Year

Mindshare, the global media agency network that is part of WPP, has been named the Agency Network of the Year at the Festival of Media Asia Pacific Awards 2016.

The agency won 12 awards across multiple categories, markets and clients in the regional competition, and took home the most Gold trophies on the night: 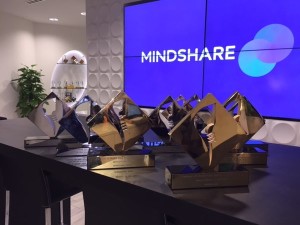 In addition to the APAC title, Mindshare India was also awarded Agency of the Year.

Ashutosh Srivastava, Chairman & CEO of AMEA & Russia/CIS at Mindshare said: “I’m delighted to see work being recognized from such a large number of our offices in the region. It underlines the fact that our network continues to be streets ahead of others on quality and depth of talent in this part of the world and lead the market. The India team was outstanding again. It was also great to see the caliber of the winning and shortlisted work from China, Malaysia, Australia, Singapore, the small yet highly talented Sri Lanka team. Big congratulations to our teams and equally to our clients who back their ideas, and encourage their creativity. ”

Mindshare Named Agency Network of the Year added by newsroom on March 31, 2016
View all posts by newsroom →