By newsroom on October 30, 2015Comments Off on Mobile Video Ad Spend has Almost Tripled in 2015 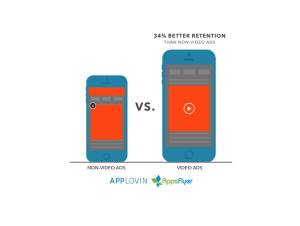 Mobile video is more popular than ever, with a study from AppLovin and AppsFlyer showing that use of the format has grown 190 per cent in the first three quarters of 2015, and shows up to 40 per cent higher user retention than non-video formats.

The figures back up a Business Insider Intelligence report from last year that estimates mobile video ad revenue in the US alone will be worth $4.4bn (£2.9bn) in 2018, growing five times faster than desktop video advertising.

The research by AppLovin and AppsFlyer looked at data from over 1bn devices from around the world, analysing the growth of mobile video ads and how effective it was at ensuring app install retention across a variety of platforms.

Across all ad spending between January and August 2015, mobile ad spend grew from 23 per cent to 66 per cent. Among gaming apps, the growth was even higher, with 71 per cent of ad spend going on mobile video by Q3, up from 20 per cent at the beginning of the year. 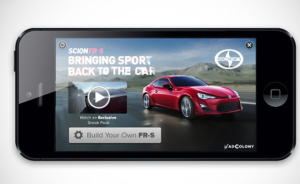 Focusing on retention in gaming apps, the study found that players who downloaded following seeing a mobile video ad were 34 per cent more likely to become regular players, compared to those who followed non-video ads. This rate rose to 40 per cent on iOS.

“It’s clear that video is both growing and effective, but why?” said John Krystynak, founder of AppLovin. “It’s because consumers like it much better than other formats. Specifically in regards to retention, mobile video ads let consumers know what to expect from an app or game, so they know what they are getting into before they download.

“It makes sense then that this self-selecting sample (those who watched the video then chose to download it) would stick around longer. In the early days of mobile advertising, video ads were impractical. Most phones couldn’t handle displaying them, and cellular networks certainly couldn’t either. But as this report suggests, the conditions right now are perfect for the success of mobile video ads.”

Mobile Video Ad Spend has Almost Tripled in 2015 added by newsroom on October 30, 2015
View all posts by newsroom →