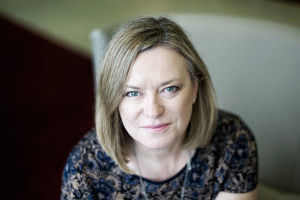 Martin’s new role will focus on delivering growth internationally, while continuing to support OLIVER Group’s expansion in the UK. Whale will be responsible for all UK OLIVER Group companies, including Campaign’s digital agency of the decade Dare, Aylesworth Fleming and Marketing Matters. She will support the existing leadership teams as they continue to grow.

Whale comes from Proximity where she was deputy chairman. Whale joined Proximity in 2003, and in that time she has won and worked across its largest and most highly awarded accounts. These include Lloyds Banking group, VWG, John Lewis and particularly The Economist – an account that has delivered over 20 awards in 2015 including both the DMA Grand Prix and a Lion at Cannes.

At Proximity, Whale was responsible for reinvigorating its new business performance leading client wins such as SEAT, VWCV, Guide Dogs and The Telegraph. She also played a key role in the transformation of Proximity to the industry leader in performance marketing by combining creativity and data into the agency’s “Creative Intelligence” proposition. In 2015 Proximity won Campaign’s Engagement Agency of the Year.

Before joining Proximity, Whale held various director positions at Havas Helia, STH and Tequila, including CSD and then COO. She will join OLIVER Group in February 2016.

Martin said: “This is the next stage in OLIVER Group’s exciting evolution, as we build a global market leader for the 21st century. We have a unique proposition, a brilliantly energetic and passionate team, and the desire to build something special.

Sharon brings with her unrivalled experience, honed at the UK’s leading Customer Engagement agency. She’s worked with huge brand names, brings great team, leadership and new business skills and has brought success at every agency she’s been at. She will be a real asset to the group.”

Whale added: “OLIVER Group has huge ambitions and exciting plans in place. It has had a tremendous amount of investment into all parts of its business, and I can’t wait to get started and be part of the next chapter – helping the group achieve its true potential as a world class, global market leader.”