By newsroom on November 13, 2013Comments Off on Philips uses social media to invite people to help #UncoverPhilips new logo 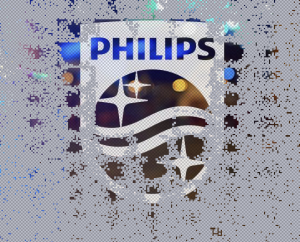 Philips, the technology brand, is using Twitter and Facebook to help promote its new logo as it is released November 13.

The company is inviting fans to help #UncoverPhilips by ‘claiming’ a pixel in their new logo, created by the company’s design team as well as agencies such as Interbrand, Ogilvy and OneVoice.

Set to be unveiled at 5pm GMT, a quarter (24.11 per cent) of the logo is currently ‘claimed; at time of writing, with the Netherlands, US, Brazil, the UK and India being the top five countries laying a claim to pixels in the logo.