By newsroom on January 11, 2018Comments Off on Ralf Specht appointed Chief Executive Officer of Spark44 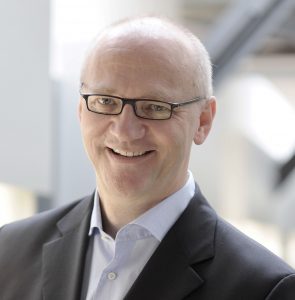 Spark44 has announced the appointment of Ralf Specht as Chief Executive Officer (CEO), elected by the Joint Venture Board of Management.

As of 1 January 2018, Mr Specht replaces Steve Woolford as CEO, who is retiring from the business. After a successful career with global automotive brands and communications agencies, Steve developed the Spark44 business model and established the joint venture with Jaguar Land Rover.

As CEO, Ralf will focus on extending client partnerships beyond Spark44’s founding client Jaguar Land Rover. Ralf Specht, who has been with Spark44 as a co-founder from the start, said: “Spark44 is a powerhouse – it has been demonstrating that amazing things happen when people are empowered to challenge conventions. A business model that is 100% transparent and offers shared risk and reward between client and agency is tremendously powerful in today’s environment. It is time to share that success with companies in other sectors.”

Ralf’s previous role as Chief Operating Officer (COO) role created unprecedented growth across all areas of the business, including when Land Rover decided to consolidate all marcom activities with the agency in 2015. Under Ralf’s direction, Spark44 grew from six to 18 offices, and from 400 to over 1,000 employees.

Spark44’s COO role will now be assumed by Eric Markgraf, who joins Spark44 with a wide range of experience from agency side (Chiat Day) as well as previous roles with Nike and SkyMedia.

Commenting on the appointment, Jaguar Land Rover Chief Executive Officer, Dr Ralf Speth said: “The new agency partnership model Spark44 has been a key component of our success. I´d like to thank Steve Woolford for his contribution over the last seven years, and congratulate Ralf Specht in his new role.”

Spark44 provides an end-to-end service across all areas of marketing communications. It operates the digital ecosystem for both of Jaguar Land Rover’s iconic brands.