By newsroom on March 23, 2018Comments Off on Shortlist Media’s Family creates its first TV ad for GAME

Shortlist Media, the media platform for the metropolitan audience, including the pioneering brands ShortList, Stylist, Emerald Street and Mr Hyde, has announced the creation of a television advertisement for GAME. 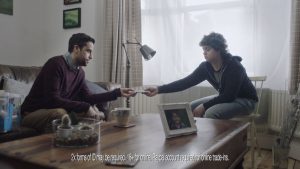 Family, the publisher’s in-house content studio, created its first television advertisement for retailer GAME to support its trade-in message where customers can trade in second-hand games, consoles and phones. The TV ad win comes after a successful 2017 partnership with GAME that ran over ShortList and Mr Hyde channels.

The TV ad will air from 23 March on the C4 network, Dave and BT Sports and will reach an estimated 33.2% of UK adults. The TV ad coincides with the launch of GAME’s upcoming comedy gaming programme Playing for Time, hosted by Rob Beckett, which will air on C4 on 30 March.

The announcement supports Shortlist Media’s continued drive to increase creative production for brands, after an impressive growth of 25% in 2017, with the aim to cement its position as a world-class content business. 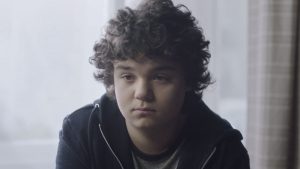 The Family model has been a huge success since its launch in November 2016, producing inspiring work for brands such as Nissan, Diet Coke, House of Fraser, Electronic Arts and Remington. Winning the brief for this television advertisement from GAME is a direct result of Shortlist Media’s investment in high-quality expertise to create and monetise content in new ways that delights and inspires its Met Set audience. Recognising that the team at Shortlist Media understands the GAME brand and the gaming audience, it won the pitch despite competing against production companies and creative agencies.

Natalie Amosu, Chief Marketing Officer at GAME said: “We wanted to create content that celebrated our specialist status, something that would resonate with the gamer, but also gave a cheeky nod to our sense of humour. ShortList share the same vision and audience as us which meant they instantly got where our heads were at with the message we wanted to land, plus they are great to work with. They are the number one men’s lifestyle brand and we are the number 1 specialist gaming retailer – if we were on tinder we would be the perfect match!” 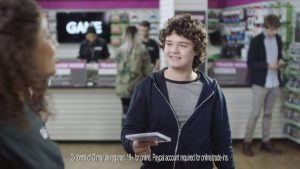 Liz Harriott, Group Entertainment Director at ShortList Media said: “We are delighted to have expanded on the ShortList Family offering by moving into the TV creative and production space, creating our first TV advert for GAME. We have partnered with GAME on a number of campaigns over the last year across the ShortList and Mr Hyde brands and it is an important relationship that we are proud to have developed further with this piece of work. ShortList Media work with a number of brands where video is a priority, developing our creative and content services into a broadcast space is a natural step for us.”

Shortlist Media’s Family creates its first TV ad for GAME added by newsroom on March 23, 2018
View all posts by newsroom →