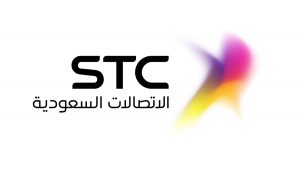 STC launched an exhaustive communication pitch process in order to identify a communications partner that would support the telco operator on its transformative journey from the #1 brand in Saudi Arabia to the most future ready telecommunications company in the MENA region, in line with the Kingdom’s Vision 2030.

Commenting on the CBU contract award, Ahmed Alsahhaf, General Manager, Consumer Marketing Communication at STC said, “JWT’s deep knowledge of the CBU, passion for and understanding of the market, elevated their proposed strategic direction for STC and the transformational journey ahead of us.”

Mohammed Abaalkheil, General Manager, Corporate Communications at STC added, “We believe that our approach in having a unified agency, especially with JWT with whom we have had an extensive relationship, will allow consolidation of our communications efforts and hence maximize our return on communications investments. This will enable us to build on proper messages that would help on consistency, serving both the brand and clarity to our consumers.”

The consolidation of STC business with JWT that will serve the CBU and Corporate Communications is a three year contract.

Camille Haddad, CEO of J. Walter Thompson KSA and Levant, added: “Our initial partnership with STC began in 2007 and we love the brand. Together over the last 11 years, we’ve changed the brandscape for telcos in the region. Coming into the tender process, we didn’t view ourselves as incumbents. We fought this defensive pitch with determination, rigour and vigour, reimagining the future of the STC brand from every angle to arrive at a strategy that will keep STC in pole position and of utmost relevance and loyalty to existing and new stakeholders. We are extremely proud to be continuing our partnership on this brave, iconic, made-in-Saudi brand.”

J. Walter Thompson KSA’s relationship with STC dates back to 2007 when the agency won the contract for the Al Jawal mobile brand under the STC umbrella. Over the course of the 11 year partnership, STC has been named the most valuable brand in Saudi Arabia (BrandZ ranking 2017). With JWT, the operator established LaYwagif, a content hub that is the most viewed telco channel in the world on Youtube.

The partnership also saw the development of the Unveil Saudi platform, which has since grown to be a modern-day ambassador of the Kingdom, and unprecedented demonstration of network strength. Campaigns by JWT for STC have consistently been awarded at the highest level in regional and international award shows, not only putting STC and creative effectiveness from Saudi Arabia on the map, but the telco sector itself.