The Epica Awards are now open for early bird entries

By newsroom on August 8, 2017Comments Off on The Epica Awards are now open for early bird entries 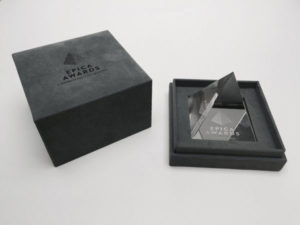 The Epica Awards kicks off its 31st competition with a lot in store. The new jury president, location and categories are just a few of the changes to the awards in 2017.

Advertising, PR, design and digital agencies as well as production companies start entering their work in August (with a €100 early bird discount), while submissions end on September 31st. 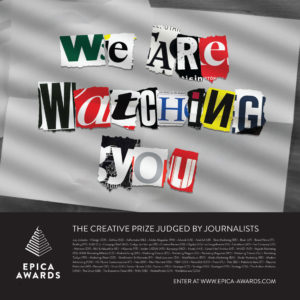 Epica editorial director Mark Tungate said: “We’re delighted to return to Berlin, which is one of the world’s most exciting and creative cities. As it’s a hub of startup talent we thought it would be appropriate to explore the merging worlds of technology and creativity in our conference, hence the theme The Creative Singularity.”

Epica is the only global creative prize awarded by journalists working for marketing and communications magazines around the world. It offers an independent jury and global press coverage. Launched 31 years ago, today it is an international celebration of creativity, attracting thousands of entries from more than 70 countries.

The Epica Awards are now open for early bird entries added by newsroom on August 8, 2017
View all posts by newsroom →