By newsroom on March 7, 2016Comments Off on The Scotsman rebrands to Scotswoman with female driven news agenda to mark International Women’s Day 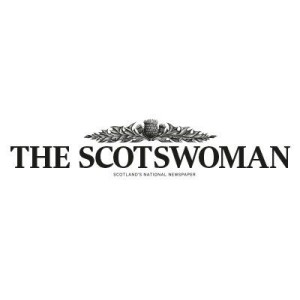 The Scotsman will undergo a one day re-branding to mark International Women’s Day on March 8.

The Johnston Press-owned publication announced that it will be re-named ‘The Scotswoman’ and will feature an editorial mix which “celebrates as well as analyses the social, economic, cultural and political achievement of women.”

The content for the special edition will be entirely decided by the women on the staff across all sections of the newspaper. It will also contain contributions from the leaders of three of Scotland’s main political parties: First Minister Nicola Sturgeon, Labour leader Kezia Dugdale, and Conservative leader Ruth Davidson. 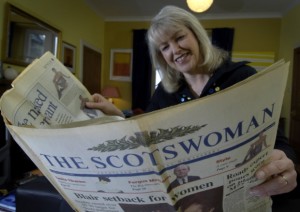 Scotsman deputy editor Donald Walker said: “Gender equality remains an issue in almost every workplace in Scotland, and The Scotswoman aims to highlight the objectives of International Women’s Day and raise awareness of where Scotland stands on this issue and where we could or should be.

“It is an opportunity to focus minds on a matter our political parties attach great importance to, yet one where evidence suggests progress remains slow, or indeed has stalled.”

Talat Yaqoob, chair and co-founder of the Women 50-50 campaign, said: “I’m pleased to see The Scotsman focusing its publication on women and women writers. Ideally, we need to see more women commentators and more women’s opinions on matters across politics, in our papers on a daily basis.”

The Scotsman rebrands to Scotswoman with female driven news agenda to mark International Women’s Day added by newsroom on March 7, 2016
View all posts by newsroom →