By newsroom on October 17, 2018Comments Off on World Famous’ Bring ‘Em Back campaign looks to revive the Seattle Supersonics

Itâ€™s been 10 long years since the Supersonics left Seattle, when the abrupt relocation of the 41-year franchise left fans stunned and broken-hearted. Some cities might lose hope, the memory erased with a generation. But for Seattle the Supersonics are much more than just a team, theyâ€™re intrinsic to the fabric of the community. Even after 10 years of absence, Seattle still fiercely identifies with the Supersonics, the cityâ€™s first major sports team. 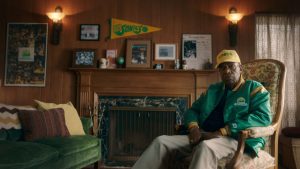 Bring â€˜Em Back is a grassroots cross-media campaign conceived by World Famous, an Independent Content Studio based in Seattle. With their emphasis on creative storytelling, the World Famous team set out to unite and celebrate a fan base that, despite it all, is still as passionate about Sonics basketball as ever. Sonics fans continue to tell stories of The Wizard and Big Smooth. Of the first time they stepped into Key Arena. Of Rayâ€™s game winner. Jerseys are still worn with pride. The skyline silhouetted in green and gold is still the cityâ€™s coat of arms. Because when no new memories are being made, the old memories just get stronger.

Now fans are invited to connect with one another, sharing their own memories by posting a photo or video on Instagram with the hashtag #mysonicsstory. Posting recollections about their first game, their favourite players, the joy of the championship years and their unyielding loyalty during the periods of struggle, the Instagram feed offers a centralised place to share what the Sonics mean to Seattle as a community. 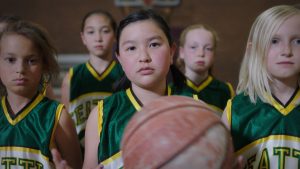 Additionally, the feed will be collected into a continuously updated library on www.bringemback.com, the primary home for the campaign, where visitors can view the energising fan celebration film directed by Chris Volckmann of UNHEARD/OF, World Famousâ€™ sister company and live action arm. Combining the gilded memories of the rich history of Seattle basketball with the shining promise of the future, the film strikes a perfect balance of what has come before with what is still yet to come, creating a frisson of expectancy and promise that will hype up even the most casual of NBA fans.

The collected stories are a testament to Seattleâ€™s dedication to the Sonics franchise, and their hopes for its future. Building off of the memories of famous fans, everyday folks, and players alike, the stories serve as an announcement to let the world know after 10 long years without basketball, Seattle is ready for its team to come back. 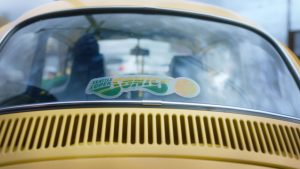 Connecting people via the rallying call, the hashtag has the fuel to ignite frenzy about the prospect of a pro team once again gracing the city. Still here, still loyal and still rabid, the Sonics fan base has the platform to voice that they are ready to fill an NBA arena and storm the streets in victory again. After 10 long years, the campaign puts the narrative into the hands of fans, galvanising Seattleâ€™s inextinguishable passion to tell the world: itâ€™s time to Bring â€˜Em Back.

World Famous’ Bring ‘Em Back campaign looks to revive the Seattle Supersonics added by newsroom on October 17, 2018
View all posts by newsroom →