By newsroom on July 28, 2015Comments Off on Wunderman UK boosts strategic and creative offering with new hirings 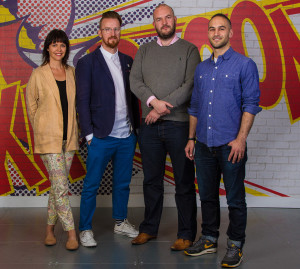 Lezaan Roos, Strategy Director, joins from Expedia. Prior to that she was Principal Strategist at Good Fridays. At Wunderman she will lead strategy for Legal & General and report to Chief Strategy Officer, Richard Dunn.

Michael Maxwell, Senior Strategist, joins from Accenture where he was Digital Strategy Manager for almost four years working on clients such as GSK and RBS. He will now lead strategy for The Sun. He also reports to Richard Dunn.

Chris Perry, Wunderman UK CEO said: “We believe in the importance of having people in our team with bundles of strategic and creative talent and who bring dynamism, enthusiasm and fresh thinking. Paul, Lezaan, Michael and Andrew have these attributes and we are expecting great things from them.”

Wunderman UK boosts strategic and creative offering with new hirings added by newsroom on July 28, 2015
View all posts by newsroom →