By newsroom on January 25, 2016Comments Off on Adidas Originals Challenges the Status Quo with Edgy New Global Campaign

announced that it has created a new Spring/Summer 2016 (SS16) integrated campaign, under the creative direction of Johannes Leonardo. The campaign continues the iconic brandâ€™s narrative about challenging the status quo of the next generation of creators. After the Superstar campaign, which challenged the notion of fame, the new future campaign is a global effort that challenges the dominant perception of the future being dystopian by inspiring a new generation to create their own, and not simply accept the one they have been presented with.

Spearheaded by a 75 second hero film, the campaign features a new squad of eight upcoming artists and cultural influencers from around the world who are shaping their own path through their craft: Luka Sabbat, Kyu Steed, Aleali May, Ikwa Zhao, Reese Cooper, Design Butler, Yuki Matsuda and Iman Shumpert.

Much like the Originals brand itself, with its unique point of view on creating the future by re-inventing the past, the artists are known for their creative optimism. From Luka Sabbatâ€™s self-driven stance on style, to Ikwaâ€™s polymathic skill set, to Design Butlerâ€™s irreverent transformation of personal influences, the message each one of them communicates is clear: your future is yours to create.

â€œThe team here at adidas Originals is thrilled to launch the future communication campaign for 2016. Itâ€™s the very first umbrella campaign for the trefoil in many years, and under which all product stories will stem from during the course of the months,â€ said Alegra Oâ€™Hare, Senior Director of Brand Communications for adidas Originals. 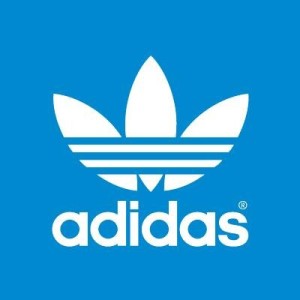 â€œ2015 has been fantastic for our brand, from both a business and communication point of view, and we are looking forward to this new progressive campaign which embodies all of our brandâ€™s values, like community, courage and creativity.â€

â€œThis is the next chapter as adidas Originals continues to inspire creative people to challenge the status quo,â€ said Leo Premutico, co-founder and chief creative officer of Johannes Leonardo. â€œFirst we reframed the notion of superstardom, now we’re calling into question a key topic in today’s culture, our conceptions of the future.â€

In the powerful film, director Terence Neale captures this new generation of creators as they confidently march towards an optimistic tomorrow, dismissing hurdles of the negative future they seem to have inevitably inherited. Underscored by an original track by Los Angeles-born artist Daisy Hamel-Buffa, the protagonists walk to the beat of the chant that defiantly states, â€œYour future is not mine,â€ occasionally looking back as if to invite the viewer on the journey. The words of the mesmerizing chant feel like a powerful generational anthem, strategically placed visual references nod to the current world climate and topical issues facing todayâ€™s society.

As in the previous adidas Originals campaigns created by Johannes Leonardo in 2015 – which challenged the notion of ‘Superstar’ and featured Pharrell Williams, among other influencers â€“ SS16 again adopts the iconic design language of the three serrated stripes. The lines striking through the word â€œFutureâ€ aim to become a symbol for a new generation. This campaign will support Tubular, ZX Flux and the launch of the new NMD franchise.

Print, outdoor and in-store executions of the eight influencers were shot by world renowned art and fashion photographers Pieter Hugo, Oliver Hadlee Pearch and Tyrone Lebon, artists chosen for their unique uncompromised creative position on their craft, widely acknowledged for defying and re-inventing the conventions of their own genres by constantly re-interpreting past references to create the new.