By newsroom on July 31, 2017Comments Off on AIB and ROTHCO Immerse Chris Kamara and Jeff Stelling in the World of the Irish GAA 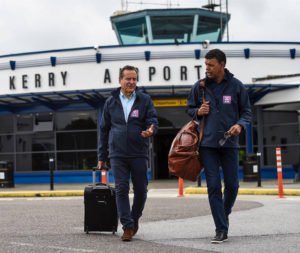 Previously, the brand has challenged professional athletes including rugby players, cricketers, footballers and NFL players to see if they can prove tougher than their homegrown Irish amateurs. Now, AIB and GAA transform the challenge they posed in The Toughest Trade, their hugely successful Irish TV series.

In the new campaign, they look beyond the players and demonstrate that ‘Club Fuels County’ by plunging established football pundits Chris Kamara and Jeff Stelling into the world of Gaelic Football.

As Ireland’s largest sporting organisation, the GAA is celebrated as one of the greatest amateur sporting associations in the world. The system of clubs which make up the GAA are integral to how the sport thrives on a national stage, carrying it all the way from village pitches right through to the country’s biggest stadium for the final. 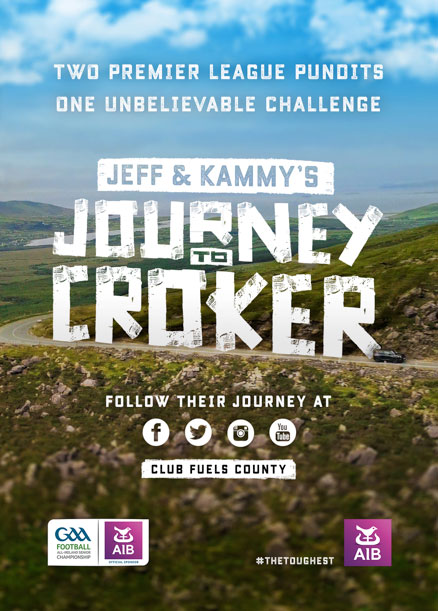 The two Sky Sports commentators will be put to the ultimate challenge in an eight-part branded entertainment series that will see them learn about GAA from the grassroots up. On their journey, they will encounter some of the most unique GAA Clubs and players in Ireland. They’ll meet county stars and their families as well as legendary GAA commentators, hearing tales of sacrifice and hard work, bitter losses and epic victories, all whilst discovering the unbelievable levels of professionalism and commitment for amateur sport.

“The importance of the club structure in GAA and how it moulds players for the bigger county stage in our amateur sport, is a well-known story for GAA fans. What we wanted to do was shine a light on this aspect of the sport from a unique and entertaining perspective. What better way to do that than to take two eminent pundits, from arguably the biggest and most professional soccer league in the world, and let them discover it for themselves? So, we sent Jeff and Kammy on this journey,” said Rothco account director, James Moore.

Mark Doyle, Head of Group Brands, AIB, spoke about their impending journey: “The GAA is unique. We have world class athletes that compete as amateurs with an unbelievable level of dedication. We think they will amaze both Jeff and Chris. We want to teach them about AIB’s belief of ‘Club Fuels County’, so this journey will let them experience the grassroots of GAA and discover where county players start their career – at home with their local club. We’re looking forward to seeing the reaction of two of the most recognisable pundits from one of the world’s most famous leagues as they take on this epic journey.” 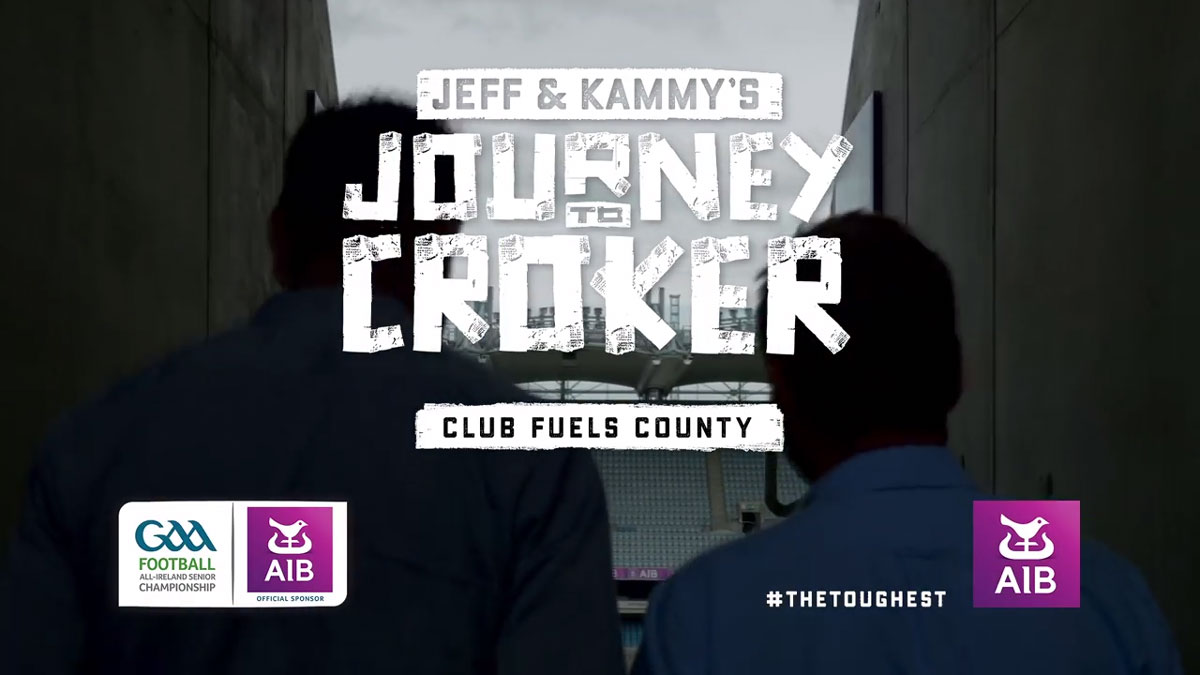 Travelling across the island of Ireland, Chris and Jeff will see first-hand the thread that links small clubs to the biggest stage in the land, gearing up for the ultimate challenge of their skill (and pronunciation!). Wrapping their tongues around the tactics and the Gaelic family names, the final episode will see the pair commentate on the Gaelic Football All-Ireland Championship Final at Croke Park, Dublin on September 17th.

The campaign will run online and on social media. The first of the eight episodes (above) aired on Monday 31st July 2017 and each week the series will be supported by behind the scenes social content.

AIB and ROTHCO Immerse Chris Kamara and Jeff Stelling in the World of the Irish GAA added by newsroom on July 31, 2017
View all posts by newsroom →