By newsroom on April 9, 2018Comments Off on American Express launches new brand platform and Global campaign

American Express unveiled a new global brand platform and marketing campaign that reflects how people live and work today, called “Powerful Backing: Don’t Do Business / Don’t Live Life Without It.” The campaign celebrates the new reality that life and business are increasingly interconnected, and the unique role American Express can have in supporting people today. 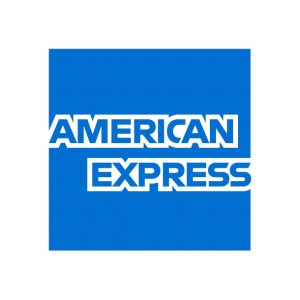 “We are witnessing a global transformation in people’s relationships with work. How they choose to earn a living, pursue their passions and move seamlessly between life and business is changing,” said Elizabeth Rutledge, CMO, American Express. “People are living rich, vibrant and layered lives and appreciate when someone has their back as they navigate this blended lifestyle.”

A global study commissioned by American Express showed that more than half of people today are living blended lives, with personal and work life deeply intertwined. The study, which was conducted in eight markets, also revealed that two in three people feel they can achieve more because of this work-life integration.

American Express is uniquely positioned to deliver on its promise to have its customers’ backs as they live life and do business. The campaign reflects American Express’ diverse business, which covers more than 112 million business and consumer Card Members, 18 million American Express accepting merchants, hundreds of acquirers and 120 bank partners that connect through the American Express Network globally across 130 countries. 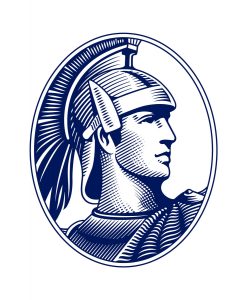 “While we have always been known as a relationship company, many people have considered us as only a consumer brand. Nearly 40 percent of our business comes from other businesses today – from start-ups and entrepreneurs, to mid-size businesses, to Fortune 500 companies,” continued Rutledge.

“At its core, our brand platform reinforces the enduring relationships we have with our customers – who are incredibly multi-dimensional.”

With the new brand platform, American Express is drawing on its heritage of service, security and trust and modernizing many elements of its brand iconography, including a modern articulation of a famous tagline, refreshing its Blue Box logo and visual identity and introducing a hand-drawn version of its famous Card design that features its customers at the center.

Beginning April 9, the 360-degree campaign will deliver both consumer and business messages at scale, with a focus on communications channels that are at the intersection of life and work. Advertising will be featured in mobile, social platforms, podcasts, connected-TV and outdoor, as well as many more. The marketing campaign begins in the U.S. and will continue to roll out around the globe in markets including Australia, Mexico, Japan, the U.K. and Canada, among others. 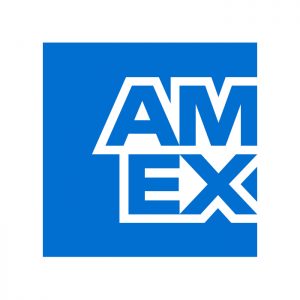 To meet people in the places where life and business intersect, the new ads are running across mobile channels, in more than 20 different podcasts, within file-sharing tool WeTransfer and via streaming-TV, like Hulu. In addition, ads will run on broadcast television during popular morning shows, prime-time and late-night programs across major broadcast networks, during the NBA Playoffs and on MSNBC’s Your Business with JJ Ramberg.

Large-scale outdoor advertising will also run in major transit hubs and throughways in New York, Los Angeles, Chicago and San Francisco; and, starting in May, the company will back local artists by inviting them to recreate their work at a large-scale on several of these outdoor units. The company will also run contextually relevant ads on ‘geo-aware’ taxi tops that change content based on the neighbourhoods the taxis are driving through.

“This is first and foremost a brand platform – it’s a guiding principle for how we treat our customers, colleagues and partners, and how we develop new, innovative products and services to deliver on our vision to provide the world’s best customer experience across all the customers we serve. The campaign is just the beginning,” said Rutledge.

The work was created by mcgarrybowen, Pentagram, Ogilvy, Mindshare and Digitas. The advertising was directed by renowned director Lance Accord, and the photography was shot by award-winning photographer Matthieu Young.