By newsroom on May 8, 2018Comments Off on Artplan turns Brazil’s Metro Newspaper into a pinhole camera

In the middle of the technological universe of the 21st century, every moment, every landscape or situation is recorded by the lens of a photographic camera, whether it is professional, amateur or smartphones. This moment is even more important when the access to these resources becomes democratic and easily to all. 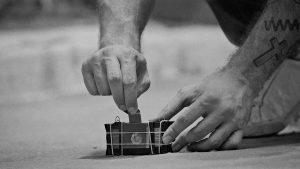 In this concept, Artplan had turned a book jacket advertising of Metro Newspaper into a Pinhole, a camera without lens.

The purpose of the action was to communicate the Metro Photo Challenge and the winners of 2017 Metro Newspaper photography contest in Brazil and worldwide, as well as encouraging participation for 2018 edition.

“We started from the concept that in the contest, the world’s most democratic photo shoot, even those who do not have a camera, can use the newspaper to create their own and participate,” says Zico Farina, Artplan Creative Director. 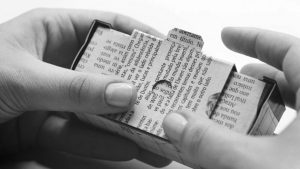 The communication contemplated a book jacket advertising in São Paulo city. In order to disclose the action, two films were produced: the first one invites a professional photographer and a “non-photographer” to create a Pinhole and perform the best clicks with the equipment.

The results can be checked in Metro Newspaper’s social networks. The second film brings a tutorial on how to set up your own Pinhole.

Metro Newspaper is freely distributed in more than 21 countries, reaching an estimated audience of more than 16 million people.

Artplan turns Brazil’s Metro Newspaper into a pinhole camera added by newsroom on May 8, 2018
View all posts by newsroom →