By newsroom on September 18, 2015Comments Off on Bacardi Appoints Adam Zhu as Non-Executive Chairman of Greater China 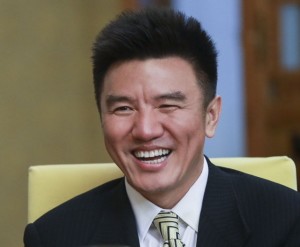 n these roles, Mr. Zhu will utilize his considerable expertise to help guide and develop strategic growth plans for the region. He will report to Mr. Dolan as Special Advisor to the CEO, and will work with Bacardi Asia Pacific Regional President Jon Grey in his role as Non-Executive Chairman of Greater China. Mr. Zhu is based in Beijing.

Mr. Zhu most recently served as Chairman and CEO of IMG Greater China and Vice Chairman of IMG Asia Pacific (2011-2015). In this capacity, he led IMG joint venture activities with China Central Television, the national television network in China, as well as managed IMG’s businesses in the country. IMG signed a landmark 10-year strategic partnership deal with the Chinese Football Association Super League in 2012; and built some of the most prominent and valuable tournaments and events in China, including the BMW Masters, WTA Shenzhen Open, Shenzhen International, Reignwood LPGA Classic, China Touring Car Championship, and Shenzhen Fashion Week.

“Now more than ever, we have an opportunity to capture greater market share and drive our premium and super-premium brand growth in this emerging region,” said Mr. Dolan. “With his longstanding relationships with leading global and Chinese corporations, institutions and governments, Adam will provide greater focus on our biggest market of opportunity: China.” 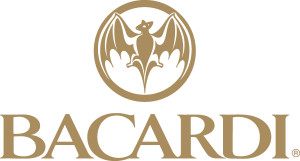 “China is an amazing country to do business in. The spirits industry and specifically the growing cocktail culture provides an untapped opportunity for Bacardi and its iconic brand portfolio,” said Mr. Zhu, who has worked in China for more than 25 years.

Prior to IMG, Mr. Zhu served as Managing Director of China Investment Banking at Bank of America Merrill Lynch and as Chief Representative of Merrill Lynch’s Beijing Representative Office (2007-2011). His investment banking experience also includes leadership roles at Citigroup and The Geneva Companies, a mergers and acquisitions firm later acquired by Citigroup.

Mr. Zhu obtained a BA in English Literature from Xiangtan University; an MA in Applied Linguistics from Harbin Institute of Technology in China; and an MBA in Finance from Temple University in Philadelphia. He currently serves as Executive Board Member of China Football Association Professional League Council. He is also the Executive Producer of “Closer to China,” a prominent weekly primetime show on CCTV News.

Bacardi Appoints Adam Zhu as Non-Executive Chairman of Greater China added by newsroom on September 18, 2015
View all posts by newsroom →