By newsroom on June 9, 2015Comments Off on Belfast Zoo takes delivery of critically endangered dragon 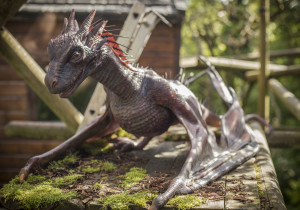 Following months of negotiations, Belfast Zoological Gardens (BZG) is delighted to announce the arrival of a critically endangered dragon at Belfast Zoo.

Considered all but extinct, the animal will be housed in a specially designed enclosure, and where possible, his prey will be sourced from outside the zoo’s own collection.

The infant male currently has a wing-span of 10ft, but when fully grown his skull alone will measure up to 23ft.

Belfast Zoo Manager Mark Challis said: “We’re thrilled to have such an exceptionally rare creature here at Belfast Zoo. This dragon is an important addition not only for us, but for Northern Ireland as a whole. Despite their fearsome reputation and fabled ability to burn entire cities to ashes, we’d like to reassure the residents of Belfast that our keepers have received expert training, and we’re looking forward to seeing him thrive in his new environment.”

The animatronic dragon, which is operated by two controllers, marks the culmination of a campaign by Tourism Ireland in partnership with HBO to promote Northern Ireland as the home of Game of Thrones, and capitalise on the rise of screen tourism.

On the 9th June, visitors to the zoo witnessed ‘dragon feeding time’, and saw the chief vet give him a checkup.

Other events in the series have captured the imagination of Game of Thrones fans, with some tracking down the stunts within hours of them going live. Video clips have attracted millions of views online. 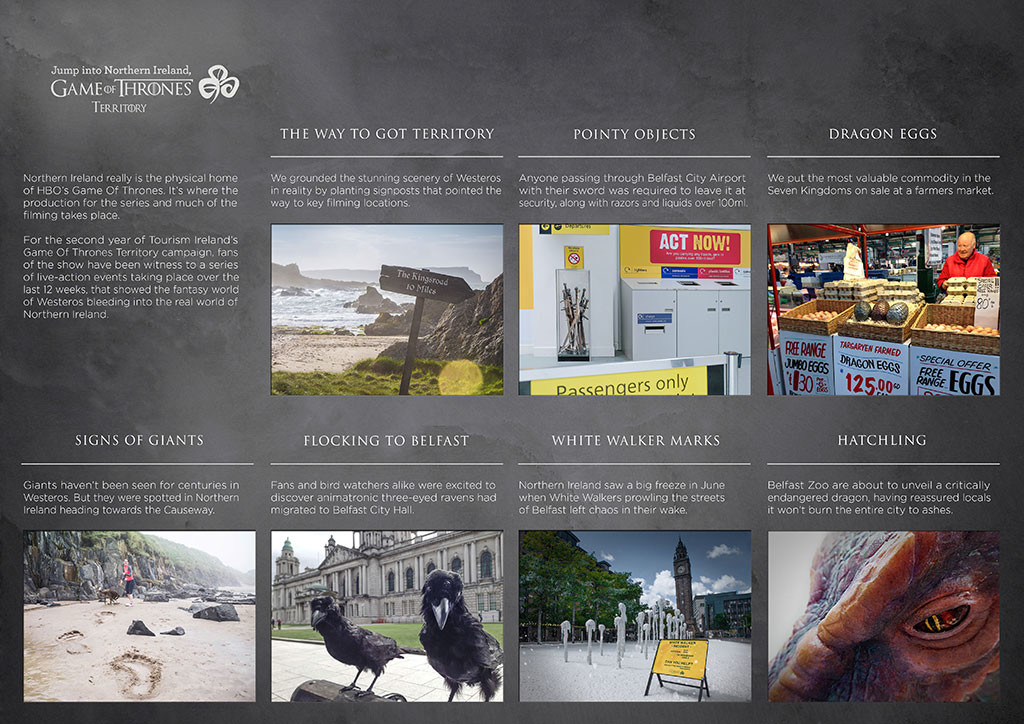