By newsroom on November 13, 2017Comments Off on Eclectic Composes the Modern Day Cinematic Score for Debenhams’ Fairy Tale #YouShall 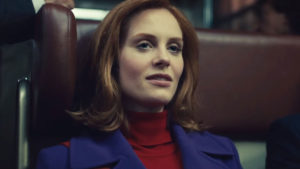 It begins with two people on a train who, despite being strangers, share an instant connection. Before they can introduce themselves, the woman rushes off – leaving behind a glittering stiletto. In a modern touch, the love-struck strangers take to Twitter on an epic search, creating a social media storm. With a dash of Christmas magic and a helping hand from Ewan Gregor, who narrates their story, the couple are reunited. 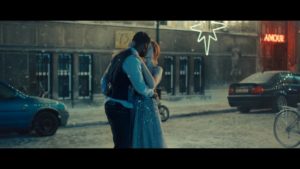 Cliff Wilson, Partner and Executive Producer at Eclectic, comments: “I’ve always been a massive fan of a good Christmas ad – the more sparkle the better as far as I’m concerned. But here, JWT, with a little help from our Composer Chris White, have created something really special. We’re very proud of it.”

Simon Elms Founder of Eclectic, comments: “While the style and sound of the music is something we’re all very familiar with – that is, big dramatic cinematic soundscapes – Chris has managed to be incredibly delicate and tasteful with this. A great tune with a load of Christmas Potter-esque magic thrown in. Brilliant.”

#YouShall launched in its entirety as a 90-second clip at midnight on Thursday 9th November 2017 as part of a YouTube takeover. The ad is scheduled to appear on TV during Gogglebox on Friday 10th November at 9pm.