By newsroom on October 18, 2017Comments Off on Electricals sector suffers first September decline since 2003 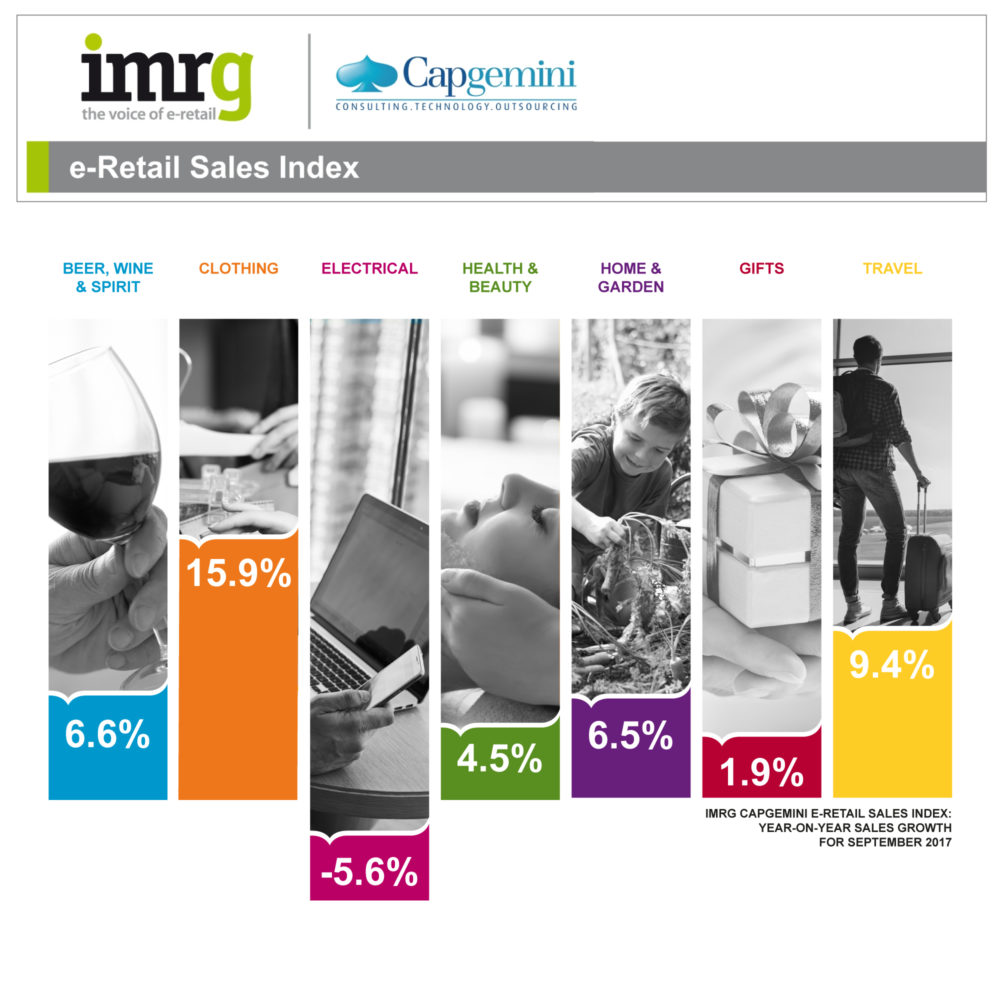 UK online retail sales were up +14% year-on-year (YoY) in September, according to the latest figures from the IMRG Capgemini e-Retail Sales Index. Although this was the third-strongest growth rate so far in 2017, there were signs of macroeconomic pressures influencing shopper behaviour.

The electricals sector suffered its first negative year-on-year growth (-5.6%) for the month of September since IMRG started tracking it in 2003. It also marked the sixth consecutive month of negative growth for this sector, which may be experiencing the impact of inflation more notably than some other sectors due to the relatively high cost of products. Several electrical manufacturers have already signalled that they have had to raise prices in response to inflation, which may be leading shoppers to wait until Black Friday to make more expensive purchases.

Sales growth for the gifts sector was also low – up just +1.9% year-on-year, compared with +33% in September 2016. This may be reflective of shoppers feeling the pressure of inflation and avoiding making less necessary purchases. Clothing, on the other hand, saw its highest September year-on-year growth in four years. September data from the ONS showed that clothing prices rose less sharply than in September last year, which may have helped boost shopper confidence in that sector. 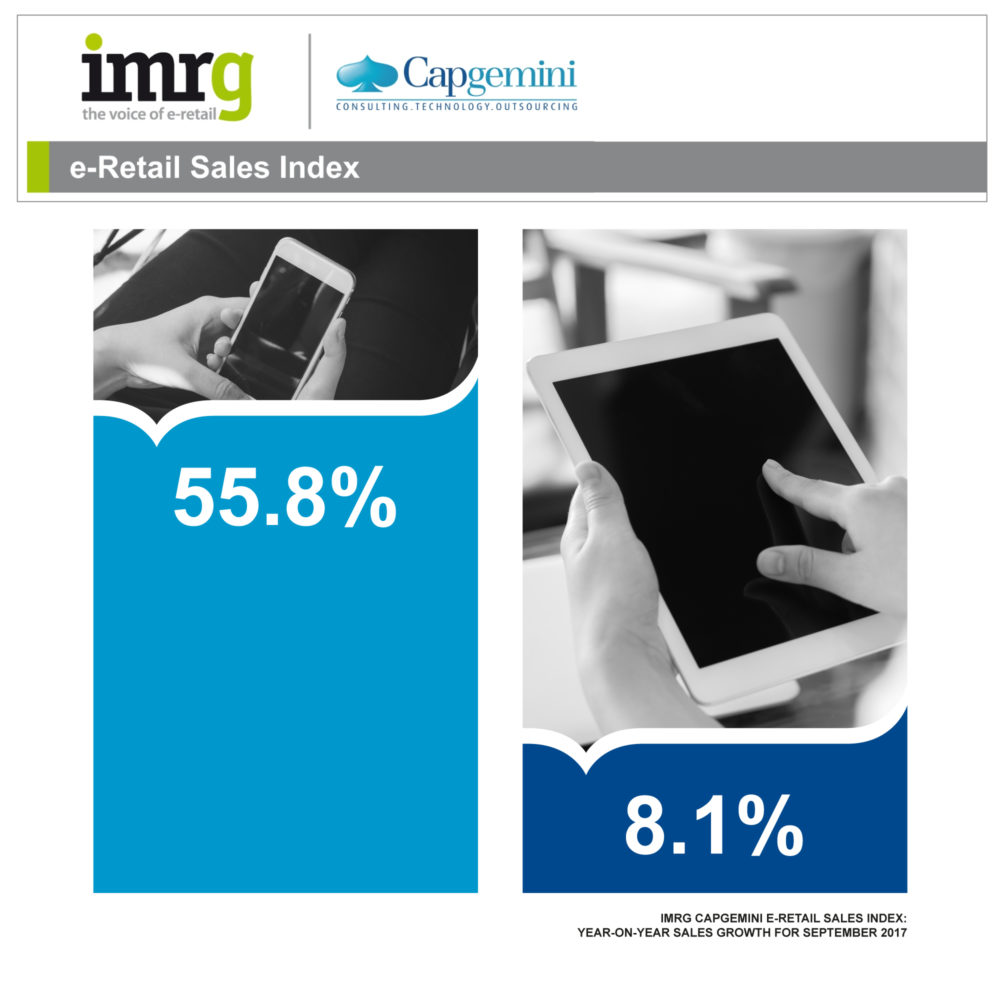 Bhavesh Unadkat, principal consultant in retail customer engagement design, Capgemini: “While 14% seems high, it hides the impact of inflation. When you look at how much faster online is growing than multichannel it implies that people are currently more price sensitive, comparing deals rather than buying directly through retail. Couple this with September’s cross sector spending habits, and it indicates a strong focus on essential purchases, with gifts slowing significantly and electricals continuing to decline. It could in fact be argued that electricals now serve as an indicator of consumer confidence, especially when you pit the sector’s performance against the previous year’s across the last 6 months.”

Justin Opie, managing director, IMRG comments: “There are several notable differences between the online sales performance of online-only and multichannel retailers. While the online-only retailers are enjoying far higher conversion and sales growth currently, the average spend on multichannel retail sites is much higher. It’s possible that the online-only retailers are benefiting from the lingering perception that the best deals are available online, so as pressure on their available spend increases, shoppers look to the ‘pure’ online brands over the high street alternatives. Conversion on multichannel retail sites may also be suppressed by use of store locators and a higher potential for abandoning a basket online, where they were carrying out research, only to complete the purchase in a conveniently-located store.”