By newsroom on May 9, 2018Comments Off on End Youth Homelessness team with WCRS and Jack Agency to help #TurnLivesAround 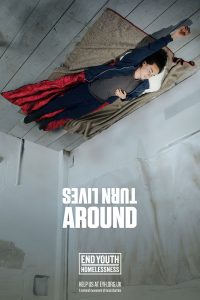 The charity has created two new OOH executions which depict homeless young people asleep in unsafe places. When the picture is inverted, their positions in sleep are heroic and they look like superheroes; their sleeping bags become superheroes’ capes billowing in flight.

The clever use of photography, from acclaimed fashion and advertising photographer, Dan Medhurst, presents homeless young people as a message of hope. Despite incredibly difficult childhoods, homeless young people can be successful adults. The production of the project was carried out by Ridley Scott Associates company Black Dog Films. 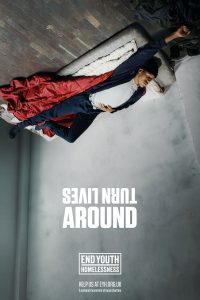 The campaign aims to change the public’s perceptions of youth homelessness.  Homeless young people have the potential to beat the odds and turn their lives around, if they get the right help at the right time.

The OOH will appear at 100 sites across the United Kingdom – everywhere from London to Bristol, Cardiff to Edinburgh – kindly donated by Creative Out-of-Home agency Jack.

Nick Connolly, Managing Director of End Youth Homelessness said: “This campaign talks about youth homelessness in an unprecedented way; it presents homeless young people as a message of hope. Homeless young people have their whole lives ahead of them; they can build successful futures if they get the opportunity and support they need.  We are excited to be partnering with WCRS, Jack and Black Dog Films to raise awareness of the issue.” 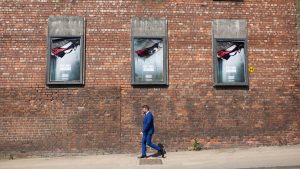 Orlando Warner, Creative Director at WCRS, said: “It isn’t often you see communications from homelessness charities with messages of hope. They usually focus on the considerable negatives of life on the streets. What’s great about End Youth Homelessness is the end to end support their Member charities provide – from healthcare to housing. This striking poster shows how they help turns lives around- a person asleep on the ground, when viewed from another angle, becomes a far more heroic figure. It’s a simple way of bringing to life how we get young people out of homelessness to fully realise their potential.” 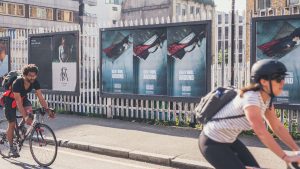 Steph Gilks, Marketing Manager at Jack, said: “We’re so proud to once again be supporting End Youth Homelessness and helping to spread the message of hope across the UK streets. We believe that EYH can truly turn young lives around, going a long way to assist vulnerable young adults who find themselves in highly difficult circumstances. We’re especially pleased that this year’s outdoor campaign carries such a strong message of hope, something truly refreshing within the charity sphere.” 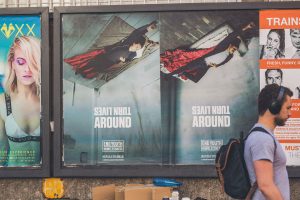 Martin Roker, Head of Black Dog Films said: “When WCRS and EYH came to us with this campaign we were moved by its message of hope. We hope that it can go some way to raising awareness of the incredible work that End Youth Homelessness and their member charities do every day.”

End Youth Homelessness team with WCRS and Jack Agency to help #TurnLivesAround added by newsroom on May 9, 2018
View all posts by newsroom →