By newsroom on June 13, 2018Comments Off on Football legends line up for surprise five-a-side match for Betfair

An amateur football team from London were left speechless when legends Rio Ferdinand, Michael Ballack, Michel Salgado and Rivaldo were substituted onto the pitch to play against them during a local five-a-side match. 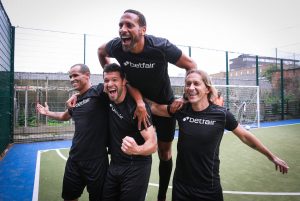 Hidden cameras captured the moment when footballing royalty turned up to hand out a master-class in ‘the beautiful game’. The former international stars staged the prank with the help of bookmakers Betfair ahead of the start of 2018’s World Cup, due to kick off in Russia tomorrow.

The prank was setup after a number of local teams responded to cryptic DIY posters created by the legends. The mysterious poster gave little information apart from a number of outrageous claims including; the team were ‘proper class’ and had scored ‘100s of goals scored all over the world’. 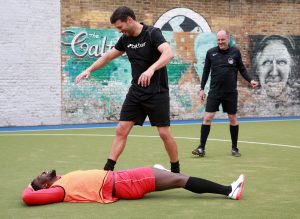 After an influx of amateur teams looking for a game, the former international players picked out a team to stage the prank on. A team of lads turned up for the game, only to be greeted by an unfit, overweight, middle-aged squad of 50 year olds.

With a coin-toss between the captains complete, the older team showed they had confidence and the guts by making a shrewd bet, the men took to the field to play however, ten minutes into the game the older chaps were in dire assistance of a break. Showing their smarts from the earlier bet, the unfit 50-year old goalkeeper hailed over the superstar substitutes. 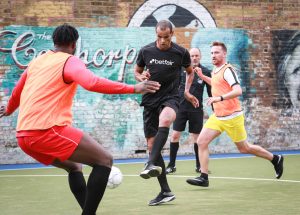 The international sensations descended on to the pitch and delivered world-class silky skills, showboating withexpert tackles, exceptional goals and infamous signature celebrations. The dream team left the field with minutes to spare to allow the middle-aged team to take all of the glory.

Rio Ferdinand who captained the super sub-international team said: “It was a great feeling stepping back on the field and playing alongside some of the world’s best players, even if it was on a local five-a-side pitch. We had a real laugh staging the prank and I won’t forget the look on the lads faces when we all turned up.” 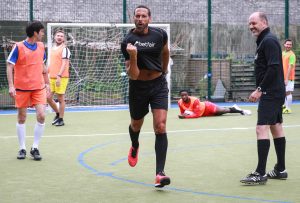 Stephen Mault, Brand Director at Betfair said: “The country is in fever pitch ahead of the World Cup and we wanted to bring the magic of the game to a local five-a-side team who got the chance of a lifetime to play with football royalty. An estimated £5 billion will be bet across the bookmaking industry during the World Cup and Belgium at 9/1 is the most heavily backed outside team with £356k staked so far. We are placing England at 16/1 to win the competition and Harry Kane is 14/1 to win the Golden Boot. One customer is due to take home just shy of half a million if current European champions Portugal win the World Cup.”

The video was created and produced by public relations agency Taylor Herring, along with the support from their production arm St Marks Studio. 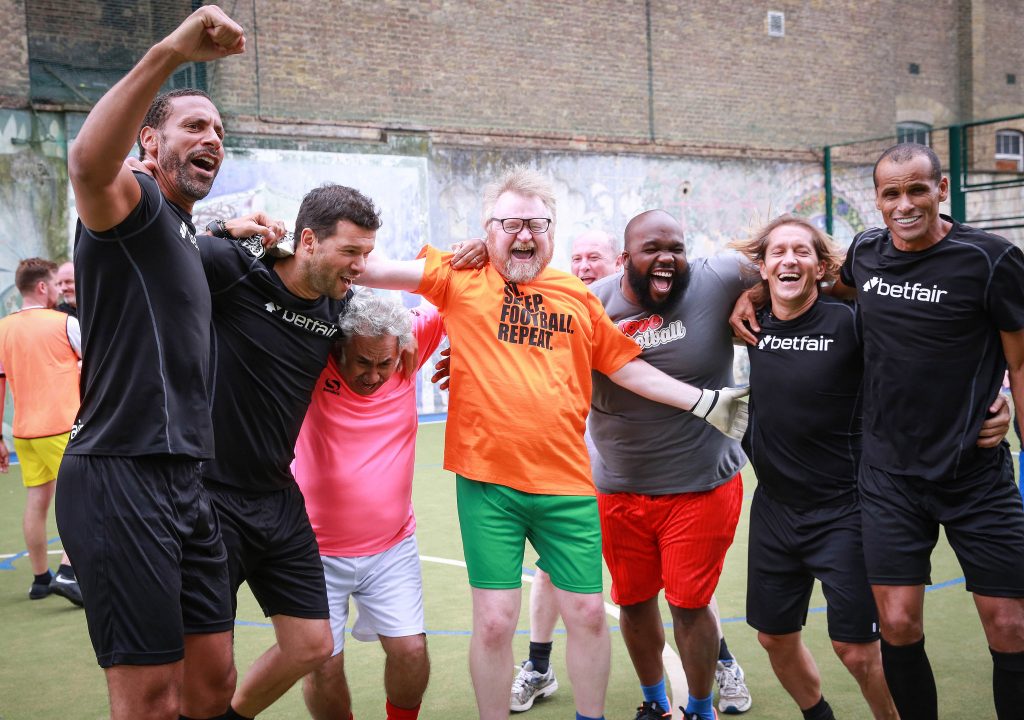 Football legends line up for surprise five-a-side match for Betfair added by newsroom on June 13, 2018
View all posts by newsroom →