Great Guns’ Director Tal Zagreba reinterprets the story of human evolution as never before seen in ‘Vox Monetæ’, a thought-provoking dance video created to launch Saga, a new global digital currency company with the ability to become a means of exchange. 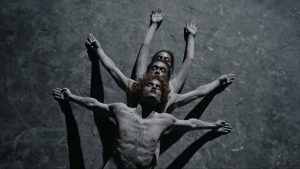 A reaction to the rapidly changing financial landscape, Saga offers a modern way for people to interact with their money. To launch its unique product, Saga needed an equally forward-looking and unconventional approach. The company’s Foundation Council President, Ido Sadeh Man, reached out to Zagreba to visualise its manifesto, giving the director free creative reign. 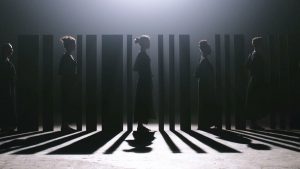 The mesmerising artistic film, ‘Vox Monetæ’ (meaning the voice of money in Latin), reinterprets the age-old relationship between money and society as a dance. Money, which is personified here, narrates the story of human evolution throughout the ages. It simultaneously traces the progression of currency – from primal forms of exchange, to cash, to newly emerging digital forms.

Taking inspiration from iconic symbols of human evolution, Zagreba crafts a striking visual metaphor for money’s evolution using the bodies of the dancers. 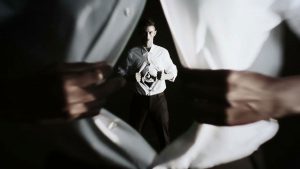 He comments: “From Zallinger’s ‘March of Progress’ through to Da Vinci’s ‘Vitruvian Man’ and the dystopic barcode figure, the dancers develop from the dawn of humanity through to the 21st century. In the final sequence, they take an entirely new form, mirroring a new and emerging form of money: The digital currency of Saga. I want to thank Saga for their faith in my art and for being open-minded to my figurative way of storytelling. I was also privileged to work with an amazing DOP, great crew, and a team of amazing dancers.” 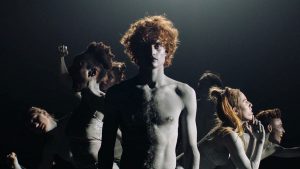 Ido Sadeh Man, Foundation Council President at Saga, comments: “The world is witnessing a sea of change in the way people communicate, collaborate and exchange value. The root of this change relies on the invention of new technologies, yet it extends to a far greater scope. Designing Saga, with its new algorithmically-enabled monetary policy at its core, obliged us not only to look to the future, but also to express a timeless sentiment. Money is perhaps the purest, most abstract embodiment of shared values and agreement. Rather than describe the technicalities of our product, we envisioned our opening video to be one that shares our view of the dance between money and society.”