By newsroom on October 5, 2017Comments Off on Jon Sharpe announced as CEO of VML Europe 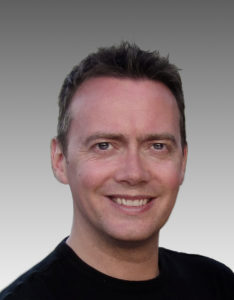 VML has hired Jon Sharpe as CEO, Europe. Sharpe will focus on the growth of VML London, as well as oversee the agency’s European operations and future expansion throughout the continent. He will be based in VML’s London office where clients include brands such as Bridgestone, Colgate-Palmolive, the International Olympic Committee and PepsiCo. Sharpe will begin this position in January 2018.

Sharpe is currently CEO of Y&R London where he has revitalised the agency, leading it to multiple pitch wins including Chanel No5, Premier League, Lombard Odier, Visit England, JD Williams, TUI, CenterParcs and the Department of Transport. He has installed a new management team and oversaw the agency’s rebrand from RKCR/Y&R to Y&R London.

Previously, Sharpe served as chief innovation officer of RKCR/Y&R, chief digital officer of M&C Saatchi Group and CEO of digital agencies Agency.com, i-traffic and Play. He has also consulted for both WPP and the digital educator HyperIsland.

Jon Sharpe said: “VML is experiencing great momentum – from their listing as one of the top five agencies on the Ad Age A-list, to industry recognition from Forrester and Gartner, to their record year at Cannes with 27 Lions. More importantly, they’re a wonderful group of humble and talented people. I believe VML’s offer of combining marketing and advertising with platforms and experiences in order to create impact across the connected consumer experience is extremely relevant and valuable in the market right now. I’m delighted to be joining VML at a time of such growth.”

Jon Cook, Global CEO, VML said: “Jon Sharpe is a brilliant and innovative agency leader. He is also one of the few CEOs to have led both digital and advertising agencies. As such, he is a perfect fit to drive the growth of our European offering and specifically our office in London. We’re delighted for Jon to join VML.”

David Patton, Global President, Y&R said: “We’d like to thank Jon for his considerable contribution to Y&R London and are pleased that he’s staying within the WPP family. We will announce Jon’s successor in due course.”

Chris Wood, acting CEO of VML London since April 2017, will resume his global development role within VML as a part of the executive leadership team, as well as continuing his strategic leadership on key VML global clients.

Jon Sharpe announced as CEO of VML Europe added by newsroom on October 5, 2017
View all posts by newsroom →