By newsroom on August 24, 2017Comments Off on New Campaign From FCB For Amarula Trust Urges ‘Don’t Let Them Disappear’

A new campaign from FCB Cape Town for the Amarula Trust aims to decrease demand for elephant ivory through education.

Called, ‘Don’t Let Them Disappear’, the campaign aims to spread the message that every ivory product bought and sold on the black market means another elephant lost to poaching.

The campaign is led by a powerful online film, and clearly demonstrates that ordinary, well-meaning people unwittingly perpetuate the killing – every 15 minutes – of another African elephant for its ivory.

The film tells the story of a tracker as he follows the trail of poached ivory from a dead bull elephant, across the plains of Africa, the shipyards of Nairobi, the backstreets of Hong Kong and all the way to an upmarket apartment in New York City.

It finally climaxes to one provocative message: “Ivory poaching stops with you.” 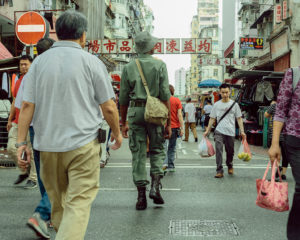 According to FCB Cape Town, Mike Barnwell, the plight of African elephants has always been an integral part of the Amarula story. After all, the marula fruit used to create it only grows in one place on earth – the untamed African plains, side-by-side with majestic herds of these gentle giants, he said.

“Since 2002, Amarula has been supporting elephant conservation through a variety of initiatives, including the Amarula Elephant Project, under the direction of Professor Rob Slotow of the University of KwaZulu-Natal. Most recently, it partnered with Wildlife Direct. Firstly, on the ‘Name Them Save Them’ project, which brought attention to this cause by asking the public to name the last 400 000 African elephants. They’ve just collaborated again on #DontLetThemDisappear. This campaign highlights that the senseless killing of African elephants is fuelled by the illegal ivory trade, a trade that would cease to exist if ordinary people would halt their purchases.”

New Campaign From FCB For Amarula Trust Urges ‘Don’t Let Them Disappear’ added by newsroom on August 24, 2017
View all posts by newsroom →