By newsroom on November 19, 2018Comments Off on New charity Versus Arthritis teams with Channel 4’s Gogglebox to highlight new campaign

Following the launch of a UK-wide multi-channel campaign for Versus Arthritis, developed by M&C Saatchi and Blue 449, its latest iteration sees the charity collaborating with Channel 4, Studio Lambert and Gogglebox, to get the nation talking about arthritis.

As well as a two minute advert featuring four of the Gogglebox families, talking about the TV adverts and their experience on 16th November, Channel 4 will also be airing 30s cut-downs for two weeks following.

The broader campaign aims to change public perceptions of arthritis by revealing the reality of living with the condition. It is comprised of an integrated, through-the-line campaign that launched on earned and owned media on 5th November, followed by OOH, digital, social ahead of the TV spots which aired for the first time on 8th November, and the Gogglebox partnership that launched on the 16th November. 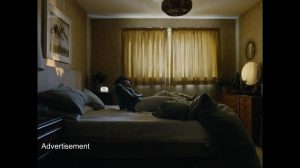 Arthritis affects over ten million people in the UK and can make simple movements painful and burdened. The impact on individuals is huge, yet the pain and fatigue caused is invisible and can fluctuate day to day. Despite this, and the significant social and economic impact, there is a severe lack of understanding and trivialisation of arthritis among the public.

The original advertisements, directed by Tom Tagholm, position arthritis as a thief that is, silently and invisibly, stealing from those we know or love. It’s taking away the most important things from our lives – the ability to work, spend time with loved ones and do the simplest of movements without pain.

The three 30s films, for TV and VOD, depict three different people living with arthritis – a teacher in her thirties, a grandmother of a 6-year-old boy, and a boyfriend in his mid-40’s.Having multiple depictions of the reality of living with arthritis was integral to the strategy – to reflect the breadth of impact of the condition, and relatable stories for different audiences. The storylines were developed using insight from people living with the condition, who were also on set to direct and guide the actors to accurately depict the reality they face every day.

National OOH and digital media further communicate the need for action by casting the characters from the TV ads alongside the interruptive headline “Stop Thief” and again asking the viewer to join the charity in defying arthritis. 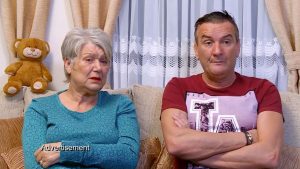 A series of films on social media include people with arthritis and their family sharing their realities, to encourage others to do the same through social sharing with the hashtag #VersusArthritis.

The campaign also brings together a coalition of organisations, individuals and influencers, including Transport for London, Paul O’Grady and National Union of Students, all declaring themselves Versus Arthritis. Together, they will show decision makers there’s cross-society support for the condition to be prioritised and let people with arthritis know just how many people stand with them.

LIDA, part of the M&C Saatchi group, has delivered the customer experience piece, leveraging the existing arthritis community, and Great State have developed the website.

This is the first campaign that the charity has run since it launched in September this year, following a merger between Arthritis Research UK and Arthritis Care. M&C Saatchi also worked on the renaming and rebranding of the charity. This four-month campaign is the first moment of sustained, long-term activity by the charity to achieve the changes urgently needed across all areas of society.

Phillipa Williams, Director of Communications & Marketing, Versus Arthritis says, “Arthritis is one of the biggest health issues facing people in the UK today. Yet, it’s continually dismissed as inevitable, trivialised and ignored. Through powerful storytelling, a strong integrated channel mix and, most importantly amplifying the voices of people with arthritis, we will mount a visible and real opposition against the acceptance of arthritis.” 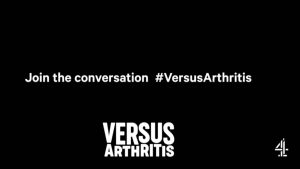 Justin Tindall, Chief Creative Officer, M&C Saatchi says, “This work aims to shine a light on the insidious and indiscriminate nature of arthritis by simultaneously contrasting a good day with a bad day. Each execution is a visceral reflection of the impact of living with arthritis both for those with the condition and those close to them.”

Anthony Swede, Chief Strategy Officer, Blue449 says, “This campaign matters to us enormously and represents a huge step forward in how the public will view the insidiousness of arthritis. We have developed a media approach aimed not only at adjusting perceptions, but kick starting a conversation and acting as a rallying cry. Together we can deft it.”

Peter Clark, Agency Principal 4Sales at Channel 4 said: “Arthritis affects so many people in the UK but yet little is known about the reality of living with the condition. That’s why we’re delighted to be working with Versus Arthritis on such an important campaign. By using our much loved Goggleboxers and the Channel 4 platform we’re able to reach millions of viewers to raise the awareness of arthritis.”

Dan Smith, Partner, Headland Consultancy says, “Arthritis is one of the biggest health challenges facing the UK, yet it goes unnoticed and isn’t talked about. That’s why we’ve focused on using earned, shared and owned media to create a national conversation about the condition.”

New charity Versus Arthritis teams with Channel 4’s Gogglebox to highlight new campaign added by newsroom on November 19, 2018
View all posts by newsroom →