By newsroom on July 18, 2013Comments Off on Reebok provides ‘Warning Signs’ & asks us to be prepared for anything

Reebok knows that training doesn’t end when practice is over. MassMarket, Ryan Ebner and mcgarrybowen give two good reasons why.

Ignoring the “Warning Signs,” the camera follows the exercising athletes as they cruise off course and navigate some unreliable terrain with their new Reebok ATV19+.

“The story follows the guys as they progress through different environments,” noted MassMarket Head of CG, Dean Robinson. “Because of the multiple shots involved, the lighting and color grading had to be absolutely perfect from scene to scene.” 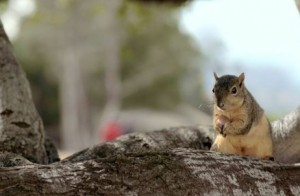 “One system was used to create the dust when the boulders were in motion,” added MassMarket Lead Compositor, Adam Flynn, “and the other was used on the ground, controlling the elements when the rocks hit and kicked up dirt.”

Matte paintings were completed to enhance the environments for a unified and believable look. MassMarket built the photoreal boulder and tree elements in CG, using ZBrush to apply convincing details and textures.

“The hero boulder needed to achieve perfect weight and scale. We had to make sure they felt right but also looked nice compositionally while in motion,” said Robinson.

Reebok provides ‘Warning Signs’ & asks us to be prepared for anything added by newsroom on July 18, 2013
View all posts by newsroom →