By newsroom on September 18, 2017Comments Off on TV commercials have an outdated attitude to gender, according to new Havas study 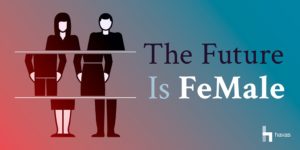 Television advertising relies on too many outdated stereotypes and is causing resentment among both men and women, according to a new survey that explores attitudes to gender around the world.

In the UK almost half of women surveyed said they resent how women are represented in a lot of advertising, compared to less than a third feeling the same about the portrayal of men.

A staggering 93% of woman do not enjoy watching ads showing semi-naked women while more than half of men do not enjoy seeing their own gender de-robed in ads.

These attitudes were unveiled as part of Havas Creative’s latest Prosumer Study, “The Future Is FeMale”, which sought to measure how far gender equality has come in an era when women in most parts of the world are able to do things once considered the exclusive province of men.

At a time when the UK ad industry is under increasing pressure to reject a reliance on outdated stereotypes in the depiction of men and women, this survey serves to prove the extent to which many brands are out of touch with consumer mindsets and the urgency with which they must shift their attitude towards the sexes if they are to remain relevant in 2017.

“The media is raging with arguments about pay gaps, harassment, sexploitation, rape culture, mansplaining, and manspreading, not to mention gender fluidity, transgender equality, gender-neutral language, and the place of women at the top of society,” said Marianne Hurstel, Havas Creative’s chief strategic officer, who commissioned the research.

Almost half of all those surveyed in the UK said they felt TV ads show too many outdated stereotypes (47.8%) with women agreeing more strongly than men (50% vs 45.2%) and 41.5% of women went so far as to say they resent how women are represented in a lot of advertising (compared with 31.7% of men). Meanwhile only 27% of people said they resent the way men are depicted in ads, with 29.6% of men agreeing compared with 24.8% of women.

Nudity in advertising also came under scrutiny in the survey, with respondents asked whether they agreed or disagreed that watching ads that show semi-naked men or women was enjoyable. In both case nearly half of people said they did not enjoy seeing semi-naked people of either gender in ads and perhaps unsurprisingly men and women reported they found it less enjoyable watching their own gender in a state of undress.

But it was women who had the strongest feelings about the issue, with only 7% saying they enjoyed watching advertising that showed semi-naked women, 10% fewer than those who declared themselves happy to watch semi-naked men in ads.

The overall findings of the study, which surveyed more than 12,000 men and women in 32 countries, point towards an a-gendered future, with almost half of respondents believing that there is no single gender with almost half of men and nearly two thirds of women believing children should be raised in a gender neutral way.

Key findings from “The Future Is FeMale” include:

Perhaps even more surprising was our finding that about half the global sample (55% of men and 54% of women) believes parenting comes more naturally to women than to men.

TV commercials have an outdated attitude to gender, according to new Havas study added by newsroom on September 18, 2017
View all posts by newsroom →