Using the same tune is better for adverts, according to new study by Goldsmiths

By newsroom on January 17, 2018Comments Off on Using the same tune is better for adverts, according to new study by Goldsmiths 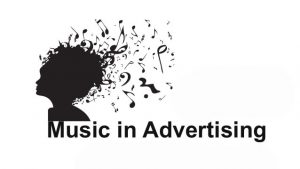 Using the same piece of music in adverts year after year helps people to like and remember your brand, according to a new study of brain responses led by scientists at Goldsmiths, University of London.

Until now there was no hard data to suggest whether it was better to stick to the same piece of music across consecutive advertising campaigns or change to a fresh tune for each new campaign.

The study also found that classical music was rated more favourably than other musical genres when used consistently across multiple adverts. Radio adverts using classical music in this way were especially successful at getting people’s brains to ‘engage’ with the brand or product, according to measurements of brain activity.

A report of the research will be published in the Journal of Neuroscience, Psychology, and Economics.

The researchers investigated whether using music ‘strategically’, consistently across advertising campaigns, or ‘tactically’, changing music across campaigns, had a greater positive impact on participants.

16 volunteers took part and were exposed to 27 radio adverts and 27 TV adverts with one third of adverts featuring ‘strategic’ music, one third ‘tactical’ music, with the rest having no music. The volunteers wore EEG (electroencephalogram) caps with electrodes attached that recorded electrical signals generated by their brains as they listened to or watched the adverts. After each advert they were asked to rate how much they liked it, how familiar it was, how much they liked the music, and how well the music fitted the brand or product advertised.

Joydeep Bhattacharya, Professor of Psychology at Goldsmiths and lead author of the study, said: “Not only did using music strategically, using the same tune across multiple adverts, boost the ratings people gave each advert regarding how much they liked them and how familiar they were, but this strategic use was also associated with music being a ‘better fit’ for the advertised brands. We didn’t just see an increase in these subjective ratings. EEG recordings showed that ‘strategic’ music was associated with more power in high frequency brain waves, the beta and gamma oscillations, compared to ‘tactical’ music and especially over frontal brain regions. Previous studies suggest that the boost of these brain waves is a signature of reward networks ‘lighting up’ and we believe it demonstrates an enhanced engagement which could make an advert more effective at influencing people’s behaviour.” 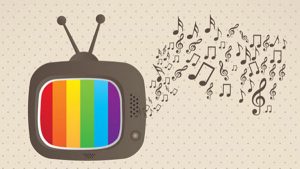 The research also suggests that the effects of strategic music are more impactful and immediate in the brain for radio adverts than for TV adverts.

Co-author Richard Lewis (PhD), MD of Neuroformed Ltd, said: “The most satisfying thing about this particular study is that the data clearly supports strategic use of the same tune across different ad campaigns, as opposed to switching the music for each new advert. It’s good to finally have some clarity on this prickly issue. During the exit interviews many volunteers mentioned that, for the ads that have been using the same music over many years, the brand would often instantly spring to mind as soon as the first few notes had played, even before any brand imagery had appeared on screen. Such is the power of music to trigger brand associations when used strategically.”

According to these findings, the researchers say advertisers should select a backing track carefully and stick to it over consecutive campaigns so that it becomes the ‘common thread’ associated with a brand even as other aspects of new TV and radio adverts change. Of course the big challenge, they say, is to pick a tune that will stand the test of time.

Using the same tune is better for adverts, according to new study by Goldsmiths added by newsroom on January 17, 2018
View all posts by newsroom →