By newsroom on April 4, 2018Comments Off on WPP Confirms Investigation Into Sir Martin Sorrell 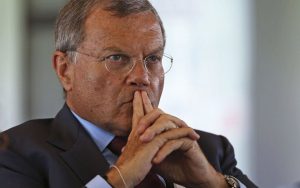 On April 4, Sir Martin Sorrell issued his own response denying allegations of improper use of company funds. The CEO who is renowned for his blockbuster compensation packages said: “Reports in the media have stated that WPP is investigating an allegation of financial impropriety by me, specifically as to the use of company funds. This allegation is being investigated by a law firm. I reject the allegation unreservedly but recognise that the company has to investigate it. I understand that this process will be completed shortly.”

The investigation comes after a sticky year for WPP – end of year results showed 2017 to be the worst year for growth for the holding company since 2009 when it, like the rest of the industry, was battling global recession. 2017 saw revenues drop by 0.9%, and last month Sir Martin’s pay package slashed from £48m to £15m.