By newsroom on February 14, 2018Comments Off on BBC World Service is looking for media buying agencies as it expands its global reach 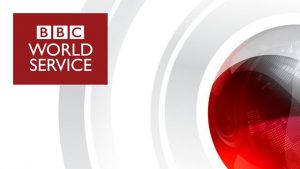 The BBC World Service is tendering for media planning and buying agencies to join its roster and operate around the world following its launch of 12 new language services.

In 2016 the BBC announced it had received Government funding for the launch of 12 new language services across Asia, Africa, the Middle East, Serbia and Russia. It will mean that BBC News will operate in more than 40 languages around the world. Many of these have already been launched and others are due to launch soon.

The BBC is keen to raise awareness of the new services – as well as continuing to support the existing languages services – in local markets and to highlight the World Service’s journalism and values. The World Service wants to develop a roster of agencies that can operate globally and drive audiences to new and existing services.

The agencies will undertake activity across all World Service markets and languages and offer expertise in planning and buying media in global markets with demonstrable expertise in delivering complex multi-platform campaigns in multiple languages.

The tender is for the BBC World Service division only and the contract will run for a two year period, from June 2018 to June 2020, with an option to extend twice for an additional 12 months.

Philip Almond, BBC Director of Marketing & Audiences said: “The biggest expansion of the World Service in a generation is creating new BBC Services across the globe – meaning World Service marketing needs to reach new audiences, with new media requirements. We are looking forward to speaking with potential partners about these opportunities, whilst continuing the BBC’s valued relationship with Havas in the UK.”

BBC World Service is looking for media buying agencies as it expands its global reach added by newsroom on February 14, 2018
View all posts by newsroom →