Mirum, the global digital agency of makers, believers and make believers, is pleased to announce the launch of ‘Full Bloom’, an integrated marketing campaign encompassing print, digital banners, out of home and on-site venue signage.

The campaign showcases the world-class tennis players participating in the renowned BNP Paribas Open, woven into the natural beauty and backdrop of the desert landscape.

The BNP Paribas Open is the largest ATP World Tour and WTA combined two-week event in the world, and is held each March at the Indian Wells Tennis Garden.

Kristie Brown, VP Client Services, Mirum, says, “The campaign captures the essence of both the event and the venue, highlighting the beautiful desert oasis setting and the burst of energy the players exude in their matches. For the first time, the tournament has created a dedicated campaign that brings the unique aspects of the event to life. It’s been a pleasure to partner with the BNP Paribas Open team to develop this campaign.” 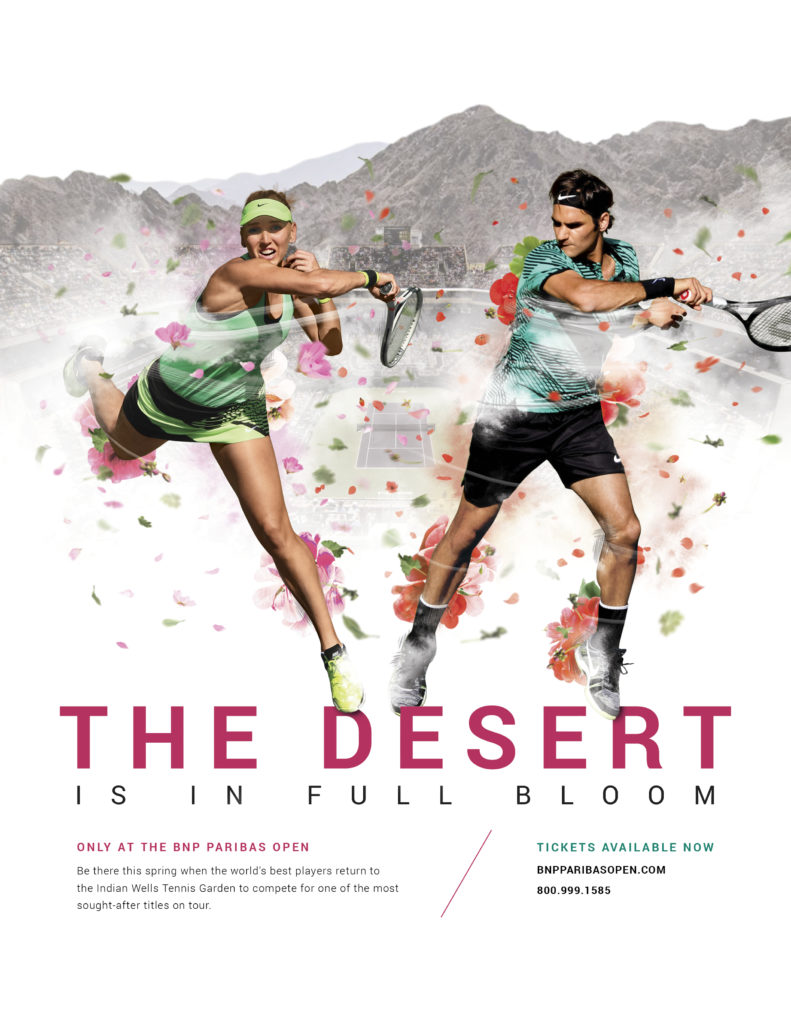 Philippe Dore, Media and Marketing Director for the Tournament, adds, “Full Bloom was designed to convey all the aspects of the BNP Paribas Open that draw hundreds of thousands of fans to the tournament each year.  We believe that the surrounding views, Garden venue and the athletes have a natural thread – they leave fans in awe. With our agency partners, we were able to design a campaign that showcases why our location and tournament are often referenced as Tennis Paradise.”

The multi-channel campaign will be rolled out over the next seven months.