By newsroom on January 18, 2016Comments Off on Cliff Arnall teams with DEC BBDO to Beat “the Blue Monday” Blues in the Canary Islands

The creator of Blue Monday is in the Canary Islands replying to tweets from all over the world with the hashtag #BlueMonday. And bombarding social media with relevant and revitalising #STOPBlueMonday messages.

Because January 18 is the saddest day of the year, the Canary Islands, in partnership with DEC BBDO, launches a social dayketing initiative without precedent.

‘Blue Monday’ was first identified in 2005, with a formula devised by Cliff Arnall, a researcher at the University of Cardiff and an expert in motivation, after studying the following variables: the weather, his lack of money for paying off debts and his disappointment at having broken his New Year resolutions. 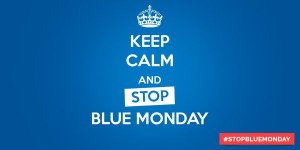 Arnall himself later admitted that his formula was more than debatable, but he was unable to prevent the idea taking off all round the world.

The Canary Islands, the most re-energising islands in the world, not least in communication, have suggested to Arnall that he kills off Blue Monday worldwide, launching its own hashtag: #StopBlueMonday.

Because happy days aren’t measured by formulas. And all of us can change sad days. Because there are a thousand things capable of banishing Blue Monday. Such as being able to enjoy the beach in the middle of winter.

The initiative will seek to attract the maximum number of followers possible with a 90-second video on YouTube as well as the www.stopbluemonday.com portal, enabling everyone to get involved with the campaign and share it.

Cliff Arnall teams with DEC BBDO to Beat “the Blue Monday” Blues in the Canary Islands added by newsroom on January 18, 2016
View all posts by newsroom →