By newsroom on May 25, 2018Comments Off on Edit/MediaCom Manchester collaboration wins consolidated media buying account for The Salvation Army 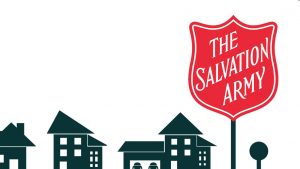 Multi-service marketing agency Edit, in collaboration with MediaCom Manchester has won the media buying account for The Salvation Army, following a three-month tender process alongside three other agencies.

Edit already handles The Salvation Army’s direct mail and inserts, and in February this year the organisation invited Edit to tender for its entire consolidated media planning and buying account.

The three-year contract will see the agency collaborate with MediaCom Manchester to plan across a range of channels, combining Edit’s expertise in direct mail, print, inserts and digital channels with Mediacom’s ability to deliver bespoke broadcast solutions through direct response TV planning and buying.

The agency partnership’s proposal was chosen for its ability to deliver multiple aspects as an integrated unit, maintaining control of each media channel and driving cost efficiencies.

Alex Wood, Head of Individual Giving for The Salvation Army said: “We are delighted to be working with Edit and MediaCom on our forthcoming Christmas appeal. We look forward to continuing our successful and longstanding relationship with Edit, and creating a strong partnership with MediaCom as we all work towards our joint goal of developing The Salvation Army’s flagship Christmas campaign.”

Samantha Wright, Edit’s Media Director, said: “Having enjoyed a successful partnership with The Salvation Army for many years, we are thrilled to be expanding our relationship with them, and pooling our specialisms with MediaCom to deliver a market-leading solution. Bringing all the charity’s media buying under one roof is a perfect fit for our ‘One Consumer. One Conversation. One Agency’ ethos. We are looking forward to starting work planning an engaging and impactful Christmas campaign and being a part of the incredible support The Salvation Army provides.”

Marcus Hall, Managing Partner at MediaCom said: “We are delighted to have been appointed to work alongside Edit with The Salvation Army and will be creating a memorable Christmas campaign which will deliver against all of the KPIs identified by this fantastic charity organisation.”

Edit/MediaCom Manchester collaboration wins consolidated media buying account for The Salvation Army added by newsroom on May 25, 2018
View all posts by newsroom →