By newsroom on October 10, 2018Comments Off on eight&four bolsters strategic prowess with Tony Wright appointment 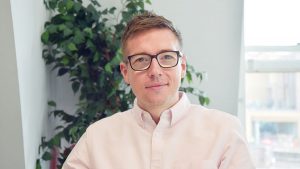 Social and creative agency eight&four announces the appointment of Tony Wright as Head of Creative Strategy as part of its ongoing restructure around its audience first SEEK – SPEAK – SEED approach.

Tony’s appointment follows that of Lucy Walker, formerly Associate Director at Starcom, who started at eight&four earlier this month.

With over 12 years of experience working in digital and social media marketing, Wright will be heading up the agency’s creative strategy.

Wright will be responsible for developing eight&four’s strategic service offering and will actively champion strategic thinking across the agency’s roster of lifestyle, hospitality, food & beverage and not-for-profit brands.

Amy McCulloch, joint managing director at eight&four comments: “Client briefs are evolving and if agencies truly want to make an impact they need to become laser focused on business objectives and creative accountability. The addition of Tony in our leadership team will strengthen our strategic offering and inspire insight-driven thinking across the whole agency.”

Prior to joining eight&four, Wright was at sports brand HEAD where he was a key member of the brand’s internal creative studio. Responsible for overseeing the brand’s digital and social media marketing programmes at a group level, Wright transformed the creative briefing and development process as well as introducing new measurement and reporting structures – tasks that will also feature as part of his new role at eight&four.

Commenting on his appointment Wright says: “There has never been a more exciting time to be in this space. eight&four’s audience first approach to briefs provides a solid foundation for us to build a unique, impact-driven strategy and creative solution to address our client’s business problems.”

Prior to HEAD, Wright held roles at DigitasLBi and Saatchi & Saatchi.