What if having cancer was not seen as a negative factor, but an experience to show and be proud of? A form of ‘badge of honour’ that demonstrates to others the battle you’ve gone through. It is the belief of Cancer@Work who launches ‘Fighting Cancer,’ a new skill available on LinkedIn that aims to change the mindset on the disease at work. 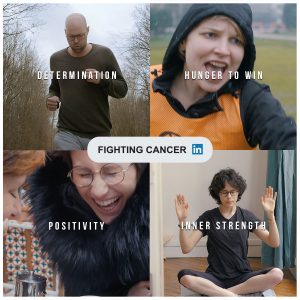 People who suffer cancer not only have to fight against the sickness, but are also tasked with having to explain the blank period on their resume. For an employee, cancer is often synonymous with isolation and a large gap in their professional career. In companies, cancer still remains a taboo, as it’s still associated with a loss of professional ability.

However, men and women who face this illness have developed exceptional qualities of courage, strength and tenacity; skills that are very important in the business world. Moreover, the job retention of the diagnosed willing to work is a winning equation, on both social and economic point of view for the employee, the employer and for the whole society.

Change the Life Experience of Cancer Sufferer into a Professional Asset 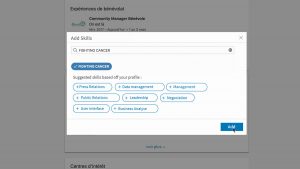 In order to change the way people think about those who’ve been diagnosed, Cancer@Work has created an audacious and engaging device with the help of agency FamousGrey Paris.

The organisation turned towards LinkedIn – the reference network for job searches and recruiters – to created the new ‘Fighting Cancer’ skill; a skill that all the people who fought the illness will be able to add to their profile to show and value their experience.

An Optimist Campaign to Raise Awareness 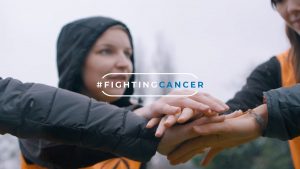 To launch this LinkedIn skill, Cancer@Work made a film, and shared it on LinkedIn and across other social networks from April, 9th 2018. It will hero the patients and highlight the skills they’ve acquired while battling the disease. It will also feature testimonials from doctors and recruiters. A positive, heart-warming film, that shares a hopeful and motivational message for eve­ryone going through this ordeal. 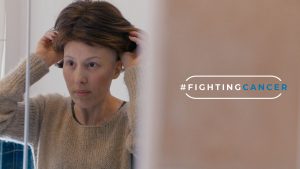 To boost the campaign, the organisation has also created a ‘Fighting Cancer’ badge. It was sent to opinion leaders and influencers, inviting them to wear it, to talk about it and to post a picture on the social networks as a sign of support.

Each day in France, 1,000 people learn that they have cancer; 400 of them work. The diagnosis of cancer multiplies their chances of loosing their jobs by three times. 70 % of those who are unemployed when they learn about their diagnostic don’t find a job after two years.