By newsroom on March 19, 2013Comments Off on Finally An App That Tells You What To Tip! 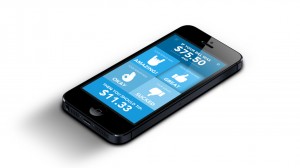 Finding objective information about the restaurants that consumers are contemplating visiting is often difficult to find. By already calculating more than $400,000 worth of weekly dining transactions, iOS app What Should I Tip? is working to change that.

With version 2.0 of the app, Wavelength Media’s free tip calculator app is aiming to provide users with the functionality they want, while anonymizing and aggregating data about the service level during their visit.

That data can then be analyzed to offer insight about restaurant experiences across the country and globe, as well as trends developing in the industry based on actual transactions.

“The information available about the dining experience is antiquated and often subjective and speculative,” Wavelength CEO Mike Wilson says. 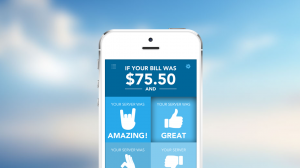 “The anonymous and aggregated data we’re finding is truly objective and incredibly insightful. It provides a more detailed perspective about service levels at restaurant locations, general consumer behavior and how consumers make decisions of when and where to dine. It’s really amazing and exciting to see where we’re heading.”

The original version of the app received well-publicized praise for its design and easy-to-use functionality and was a runner up as one of the most beautiful iOS designs of the year by TheNextWeb.

Version 2.0 takes that a step further. The major change is a location-based check-in feature that anonymously collects data. That information is saved in the app, allowing users access to a history of where they’ve dined with bill and tipping information. 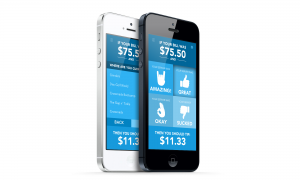 “We have similar data model as Mint.com,” says Wilson, adding that Wavelength will be publishing its first industry report this summer, as well as a series of ongoing infographics.

Mint.com, which sold for $170 million in 2009 to Inuit, has become an industry leader on anonymous financial data and pioneered a new era of cloud services.

Based on the early success of What Should I Tip?, Wavelength is aiming to move down a similar path.

The app can be downloaded on iOS devices by clicking here.

Finally An App That Tells You What To Tip! added by newsroom on March 19, 2013
View all posts by newsroom →