By newsroom on August 14, 2018Comments Off on Heineken Craft First Ever TVC for Beer Brand, Maltsmiths

Launched by Heineken in 2017, Maltsmiths aim to target beer curious consumers who are yet to expand their repertoire and sample craft beer. 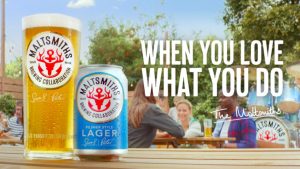 The new advert, created by St Luke’s and directed by RSA’s Jake Scott, features a duo of Brewers dancing their way through the working day to reveal a lager that’s ‘as crisp as it is flavourful’.

Izabela Glodek, Brand Director at Heineken, comments, “Maltsmiths is the perfect gateway beer for those who want to try craft but aren’t sure where to start. We are really proud of our crisp and flavourful beers, and hope our new ad will encourage more consumers to try craft.”

Tim Davies, Smoke & Mirrors’ Flame Operator on the project, adds, “Production did such a great job on this spot that the only VFX required was some minor set tweaking, sneaking in a little more branding and making the sun shine! We used a combination of Flame and Nuke software depending on the task at hand which resulted in completion well within schedule. Can’t wait to taste the final product!” 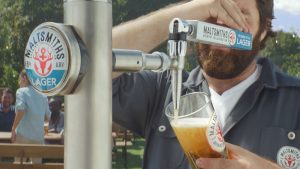 The ad will run on TV into September and on video-on-demand until October. 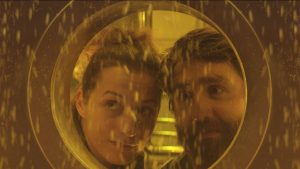 Heineken Craft First Ever TVC for Beer Brand, Maltsmiths added by newsroom on August 14, 2018
View all posts by newsroom →