Across the world, an Alzheimer’s case is detected every three seconds. In Argentina, there are more than 500,000 people with dementia, of which 95% are more than 65 years old.

During World Alzheimer’s Month, the INECO foundation (one of the principal players in the fight against the disease in Argentina) launched a project based on the technique of reminiscence and its positive effect on the autobiographical memory and quality of life.

Together with patients, families, specialists in digital retouching, historians and the INECO Foundation team, Wunderman Buenos Aires gathered old photographs of grandparents born in the 40s, 50s and 60s.

The work covered the reconstruction of damaged images and their colourization.

As a result, the patients re-discovered these photographs, but in the same state as the memories of their youth: in colour. Laughter, emotions, names of places and moments, all appeared and were reunited with memories that had long been forgotten. 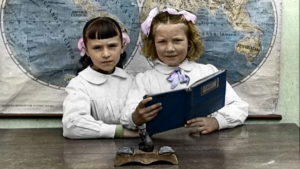