By newsroom on January 22, 2016Comments Off on JCDecaux Launches London Based Digital Creative Hub ‘JCDecaux Dynamic’ 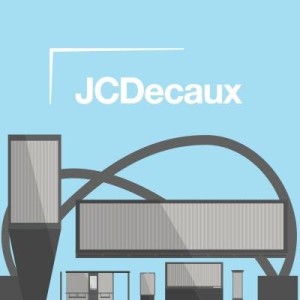 JCDecaux, the number one outdoor advertising company worldwide, announces the launch of its London based digital creative hub ‘JCDecaux Dynamic’ with the appointment of BBH’s Alex Matthews and Rick Burgess.

JCDecaux Dynamic will focus on the creative side of digital content and technical creativity for out-of-home enabling JCDecaux’s clients to deliver contextually aware advertising and innovative creative.

The outdoor advertising group, which operates 49,300 digital screens in 30 countries, is bolstering its team with creative and technical expertise from BBH in order to advance its digital offering that will provide new ways for brands to engage their target audience.

Former head of creative technology at BBH, Alex Matthews will be heading up the new hub as managing director. He will be responsible for launching JCDecaux Dynamic, developing its products and services and establishing innovative creative production capabilities for JCDecaux.

Prior to BBH, Alex Matthews joined creative agency Dare as technical director, changing many of the processes and delivering major sites for Sainsbury’s and other brands. He was also involved in founding award winning mobile agency Marvelous which was subsequently bought out by Aegis.

Rick Burgess, former technical lead at BBH has been appointed as JCDecaux Dynamic’s CTO responsible for the development of the required technology and will lead a technical team. Rick Burgess has 15 years of experience in the technology industry, having worked on developing award winning campaigns for the likes of British Airways, NHS, Diageo and Waitrose. 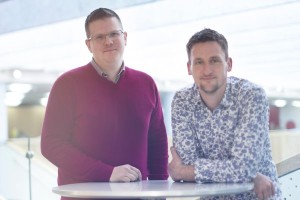 During their time at BBH, Alex Matthews and Rick Burgess developed Beakle, a platform enabling consumers to listen to synchronised sound from digital outdoor screens using their mobile phones. The technology was used for JCDecaux’s Jurassic World Waterloo takeover in summer 2015.

Both new hires will start their new roles on 1 February. Rick Burgess reports into Alex Matthews while Alex Matthews reports directly into Chairman of the Executive Board and Co-CEO of JCDecaux, Jean-François Decaux.

Jean-François Decaux, Chairman of the Executive Board and Co-CEO of JCDecaux, said: “The launch of our new London based digital creative hub, JCDecaux Dynamic follows the award of the largest bus shelter advertising contract in the world by TfL in 2015. Our showcase of 1,000 new digital screens on London’s bus shelters on top of assets across rail, malls, supermarkets, roadside and airport, along with the introduction of JCDecaux Dynamic, will hugely amplify our digital offering. We’re forecasting 50% of our UK advertising revenues coming from digital by 2017. Both, Alex and Rick are immensely talented individuals and I’m looking forward to innovative technology and creative execution for JCDecaux.”

Alex Matthews, Managing Director, JCDecaux Dynamic, said: “Digital out-of-home hasn’t always been implemented to its full potential. JCDecaux Dynamic will work to change this and deliver new and exciting opportunities to advertisers. We believe in ‘Dynamic by Default’, because that’s the way all advertising should be. My goal is to change the face of digital out-of-home and I can’t wait to get stuck in working for the largest and most innovative outdoor advertising company in the world.”