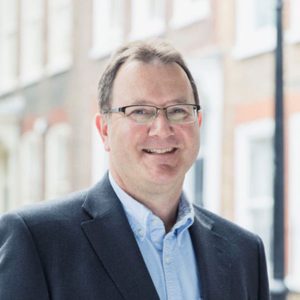 Media iQ, the leading global analytics and technology company, has announced the appointment of Simon Tray as Global Chief Financial Officer. He joins having previously held the same role at MediaCom, where he had been part of the leadership team for the past 19 years.

In his new role, Simon will be responsible for the company’s financial performance and reporting of business, as well as taking responsibility for future operational business planning and commercial risk management. This is the latest in several recent senior hires at Media iQ, as it continues to demonstrate its commitment to worldwide growth and ability to attract the best talent in the media and advertising industry.

Simon comes to Media iQ with a hugely impressive background in the industry, having managed finance departments in several agencies both in the UK and globally. Most recently, he was Global Chief Financial Officer at MediaCom, helping grow the network to have 120 offices in over 90 countries.

During his 19 years as part of the senior leadership team at MediaCom, Simon was UK Group Finance Director. Following WPP’s acquisition of MediaCom in 2005, Simon was asked to become the first CFO for GroupM UK, the world’s largest advertising media company. This further highlighting the quality of talent that Media iQ has attracted.

Gurman Hundal, CEO, Media iQ said: “We are thrilled to be welcoming Simon to Media iQ. He has a vast amount of experience that is unmatched across the industry and we look forward to the unique insights he will be able to offer to drive our financial performance. Simon adds to the already impressive roster of senior global talent that we have recently hired which we will continue to grow.”

Simon Tray, Global Chief Financial Officer, Media iQ said: “I’m incredibly excited to be joining Media iQ at a time when it is leading the way within the industry. It was very clear to me, once arriving at Media iQ, that a good company culture is an important driver in enabling the business to succeed, and this made me even more eager to join. I can see that the company is only going to continue to grow so I look forward to bringing my own expertise to this newly created role and enhancing the business further.”

BT, Tesco and agencies including Vizeum and MediaCom are among the names within Media iQ’s expanding roster of clients and Media iQ was ranked No.4 in the Sunday Times Track 200 fastest growing International UK Companies, earlier in the year.