By newsroom on September 5, 2018Comments Off on New Amsterdam creative agency HERC creates an ode to freedom for G-Star RAW

G-Star RAW has worked together with Amsterdam start-up agency, HERC, and Dexter Navy – who is possibly the world’s hottest music video director right now – to create a new global campaign for Fall/Winter’18: Uniform for the Free. 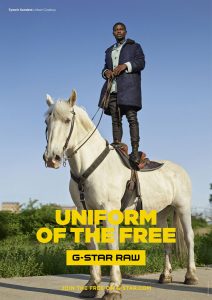 It’s an ode to freedom, captured through the lens of street culture. The campaign is a day in the life of the ‘Kings and Queens of the street’ – a range of highly individual rule breakers – and is sound tracked by an original piece of spoken word poetry, set to an unreleased track by electronic duo The Blaze.

The G-Star F/W’18 campaign champions a range of captivating individuals: from urban cowboys to hip-hop ballerinas, female dirt bikers to urban climbers – they all step beyond pre-established rules, push boundaries and celebrate the freedom of doing it their way. For the first time ever, a global campaign for G-Star has been shot using real people, as opposed to models or celebrities. The young cast was found by way of extensive street casting in the US and through searches on YouTube and Instagram. 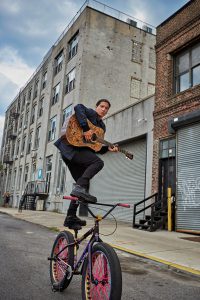 G-Star, which is one of the world’s biggest denim brands, is working for the first time with one of Amsterdam’s newest creative agencies, HERC. The campaign serves not only to present G-Star’s latest F/W collection, but also to introduce a new brand line: Uniform for the Free. Referencing denim’s beginning as a workwear uniform, the brand pays homage to its history as the garment of choice for free-spirited individuals.

The new collection is brought to life with a global campaign, shot in New York City. It includes print, retail activations, online, social and billboards in key metropolitan locations such as NYC, LA, London and Tokyo – all led by an epic 75 sec film.  The campaign is created by HERC together with acclaimed music video director, Dexter Navy. Navy is considered one of the most innovative and exciting new talents in the industry and is known for his work with A$AP Rocky, Kanye West and more. 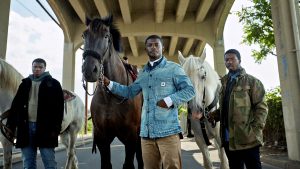 “This campaign is about freedom – and celebrating freedom in a RAW, authentic and intelligent way. Our vision for creativity is to make brands popular by credibly making them part of culture. For our very first campaign as an independent agency, G-Star’s Kings and Queens of the street match own agency spirit and philosophy very well,” commented creative directors and founders of HERC, Rogier de Bruin and Emilio de Haan. 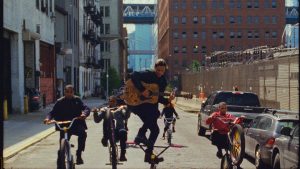 “Some people flash their skills or attributes outwardly, while others tend to reveal what’s special or unique about what they do in a way they don’t always give away at first glance,” added Dexter Navy, Director. “To me, that’s the spirit of ‘RAW’ and it’s what drives the vibe in the G-Star film.”

The soundtrack is by up-and-coming electronic producers The Blaze, who made waves with previous releases such as Territory. The lyrics are an original composition, which has been co-created by HERC together with Chicago-based spoken word poet, Rapsody. Both the music and the words reinforce the message of non-conformity and freedom.

The G-Star RAW F/W ’18 collection is available online and in stores as of September 2018.

New Amsterdam creative agency HERC creates an ode to freedom for G-Star RAW added by newsroom on September 5, 2018
View all posts by newsroom →