By newsroom on October 8, 2018Comments Off on New global Peugeot 508 campaign by BETC Paris creates the largest musical score in the world

The pleasure of driving has been at the heart of Peugeot’s strategy for the past 200 years. The new global campaign launching today helps Peugeot stand out in a crowded market by enhancing the brands’ cultural capital and valorizes the technical fineness of its cars through an artistic performance. 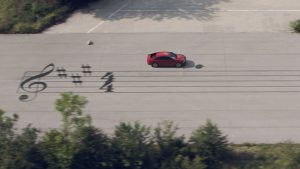 BETC Paris called on RIOPY, a composer and pianist, known for his work on Oscar-winning Hollywood productions such as “The Danish Girl” and “The shape of water”. Together they have taken up a unique challenge: to compose the first piano piece written to be interpreted by a car, on the largest score in the world.

To highlight Peugeot’s ability to constantly challenge itself, BETC Paris has devised a campaign which, according to Tiphaine du Plessis, Managing Director in charge of the Brand, “reflects the mindset of a brand that has shown no qualms about breaking the mould in a sector often perceived as ageing.” 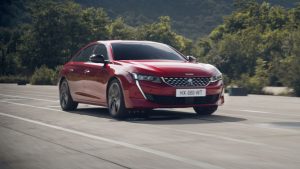 Six months of work with engineers, technicians and musicians, 190 music notes produced, 1,890m of track… That’s what was needed to produce the key element of the performance: a life size replica of the musician’s original score and a genuine technical challenge.

For RIOPY, composing a piece for the new PEUGEOT 508 was a first: “As a musician I’m always looking to push back the limits. I’m pleased that I succeeded in creating a piece that speaks to the heart while respecting a number of constraints. It is a totally new way of creating music.” 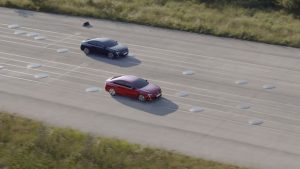 But the finest composition in the world would be nothing without the interpretation of a precision instrument: the new PEUGEOT 508. With a system of laser sensors that react to variations in colour and shape, and an on-board connection in a MIDI unit, each time the vehicle passes over a note, it triggers the associated sound in the original score. By seeking out the notes one after the other, the new PEUGEOT 508 re-interprets the piece by RIOPY live.

Called The Score, the campaign is also a visual performance shot in a breathtaking décor: a military base hidden away in the Croatian mountains. An official release of the track on the Warner Musics Ltd label is expected.

New global Peugeot 508 campaign by BETC Paris creates the largest musical score in the world added by newsroom on October 8, 2018
View all posts by newsroom →