By newsroom on October 4, 2018Comments Off on New report on 16-24 year olds reveals the startling challenge ahead for brands to remain relevant

The omnipotence of social media means that brands face a stark challenge to remain relevant to an ever-evolving Generation Z being forced to live BETA test their identity, reveals the findings of a new white paper by leading youth creative agency ZAK.

As the first generation to truly come of age during the social media era, today’s 16-24 year olds are growing up in a digital goldfish bowl of judgement, distorted reality and distrust, creating a difficult environment for brands to forge long-term relationships.

However, as an increasingly powerful demographic estimated to be worth more than 40% of all consumer spend by the year 2020, the huge opportunity is clear for brands who successfully navigate the challenge effectively.

The extensive research, drawn from fieldwork interviews and supported by a 1,000 respondent survey, focused specifically on young people aged 16–24 years of age. The findings were analysed in collaboration with leading industry experts and neuroscientists to create the most in-depth study yet into the specific challenges brands will face in adapting to this unique audience. 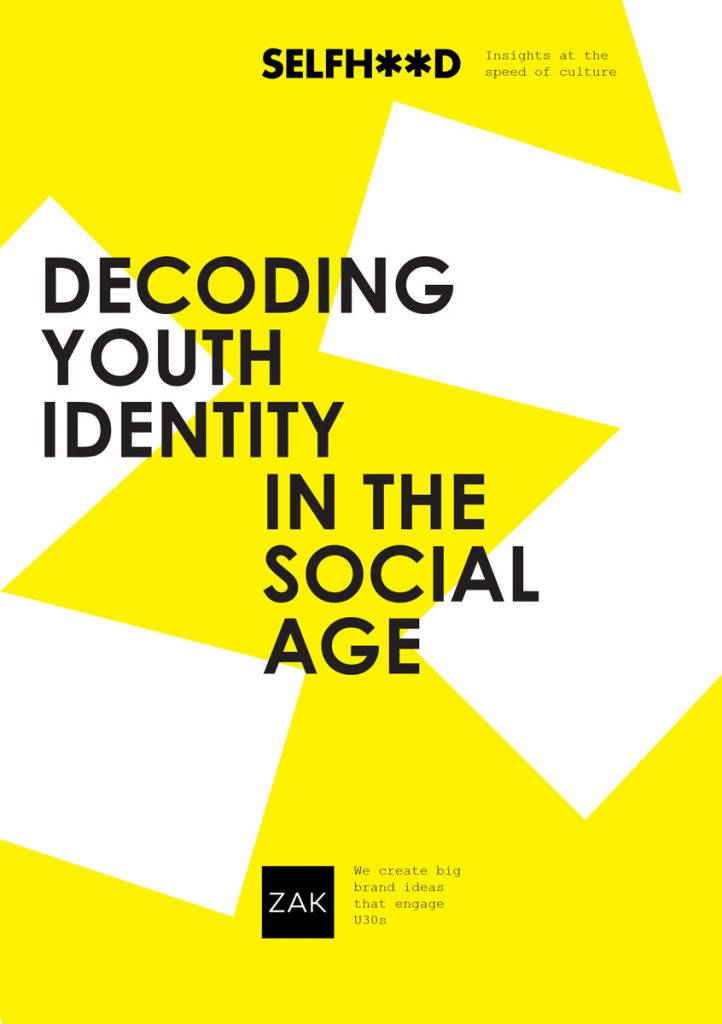 The context for the white paper, titled ‘Decoding Youth Identity in the Social Age’, comes in the form of the existing ‘social age’, which makes today’s 16-24 year olds the first generation to truly grow up in the face of social media. Neuroscientists have long revealed that this formative age is the critical moment in life when true individual IDENTITY is formed, the time when young people form their values, ideas and personal ambitions. Yet today’s young people are being forced to live out this period under a maelstrom of constant peer pressure and exposure.

Nearly half (45%) of all 16-24 year olds admit that their social media posts are not an accurate portrayal of their true identity, whilst four in ten of those surveyed claim that they feel constantly judged. The battle between always being yourself tempered with the fear of failure, of not being ‘liked’ is a challenge they have to constantly navigate.

Added to the fact that a third of all respondents don’t even feel they have a fixed identity yet, it all adds up to a generation being forced to BETA test their sense of selfhood in real time, in the glare of their peers.

Dominic Weiss, Head of Planning at ZAK and author said: “There is clearly an opportunity for brands to resonate in this world. If people are fluid, why can’t brands be too? Could we be seeing the death of the ‘north star’ singular platform? What if we created a brand that morphed and changed too? What if the audience projected their values onto the brand?”

The report also reveals the sense of distrust and false expectations created by a social landscape that projects imagined utopias and inaccessible trappings of success to an impressionable audience. 43% of respondents believed that social media “makes me want what I can’t have”, whilst 52% feel that they are more ambitious than their parents. An extraordinary 30% of 16-24 year olds claim they would either sacrifice their best friendship, give up sex for a year or never go on holiday, in order to “make it” in life.

With 16-24 year olds unsure of who to trust, many are eschewing old fashioned aims to build big friendship groups, with 42% preferring to build small, tight-knit groups of people with similar values to their own. 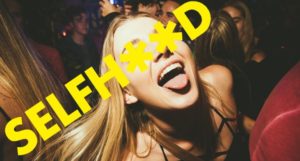 The extensive research commissioned by ZAK follows on from their influential 2017 study, “The Death of the Millennial”, which set out to deconstruct why the term millennials is being rejected by youth and marketers. ZAK is a creative agency specialising in connecting brands to the under 30s and identifying a new approach to understanding contemporary youth culture.

Matt Bennett, Chief Creative Officer of ZAK Agency, said: “Our research tells us 40% of 16-24 year olds believe their image and beliefs are not reflected within brand advertising, so the industry clearly has a growing problem. Most marketers do not understand the audience enough to be able to communicate with them. And the key problem is that the culture around them moves so fast that traditional research and campaign approaches can’t keep up. We take an entirely different approach to gathering insight by using our SELFHOOD global insights network which allows us to get deeper understanding of the target and get to market faster. This results in work that works, not work that is redundant by the time it goes live.”

New report on 16-24 year olds reveals the startling challenge ahead for brands to remain relevant added by newsroom on October 4, 2018
View all posts by newsroom →