The New Zealand Police and NZ Transport Agency have launched a powerful new ad, urging speeders on the road to stop defending their perceived ‘right’ to speed. 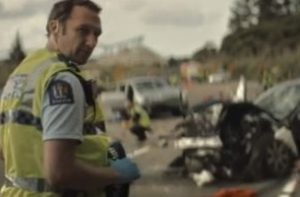 Directed by Christopher Riggert and produced by Finch, the ad follows a police officer as he meets several speeding drivers who offer excuses for why they’re speeding.

“Every week, 11 people are seriously injured or killed in a speed-related crash on New Zealand roads, but a substantial portion of our society does not see the connection between speed and crashes,” said NZ Transport Agency director of safety and environment Harry Wilson. “That needs to change, because the facts and the physics are indisputable.”